How they made Mother fly, and blow people apart.

Welcome to the first part of befores & afters’ coverage of HBO Max’s Raised by Wolves, the Ridley Scott series that sees two androids attempting to raise human children on an alien planet. A lot of crazy stuff happens in the series, and much of that was aided by a significant visual effects effort—more than 3,000 VFX shots—overseen by visual effects supervisor Ray McIntyre Jr. and visual effects producer Ruth Hauer. On-set visual effects supervision was handled by Sean Stranks.

In this Part 1 article, we look at the work behind turning Mother (Amanda Collin) into a highly specialized weapon; a necromancer, who has the power to transform into a metallic form, take flight, and also destroy just about anything with a powerful ‘scream’. It’s a power that results in a fair amount of blood and goo spatter. Here’s how the VFX team pulled it off.

For shots of Mother going between normal android form and necromancer flight mode, in which she holds her arms out straight in a T-pose, the production filmed Collin on wires rigged by the stunts team, lifting her up from the ground for the transition to take off or the transition to land. This occurred on location in South Africa. 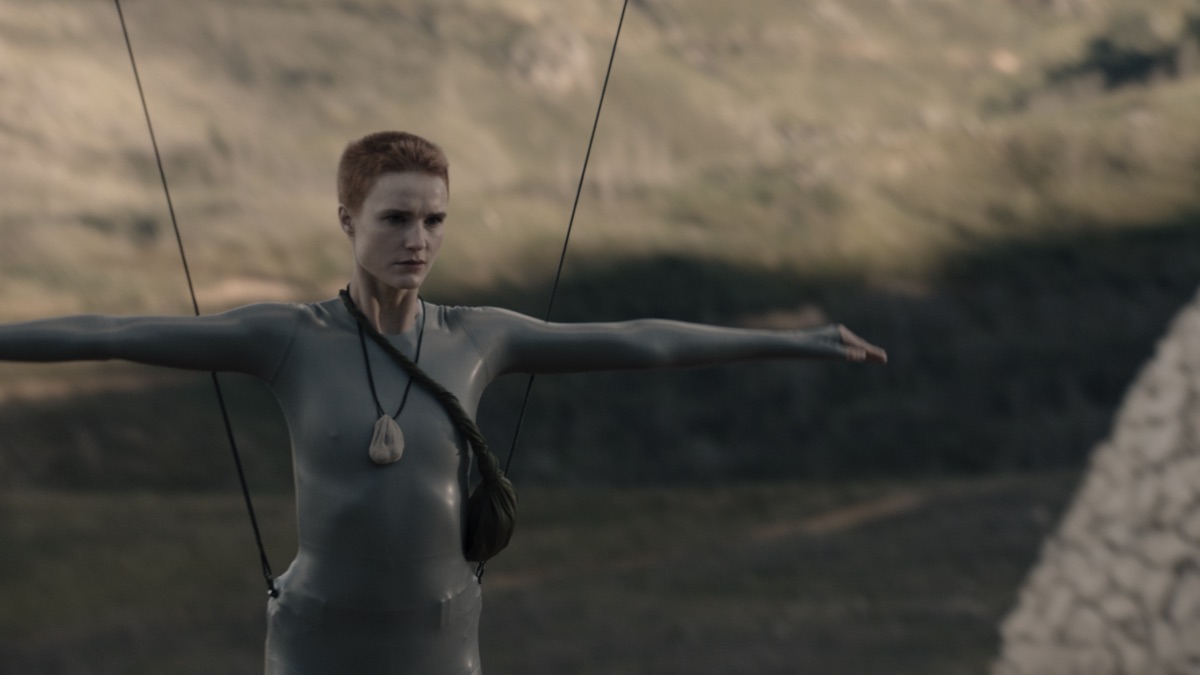 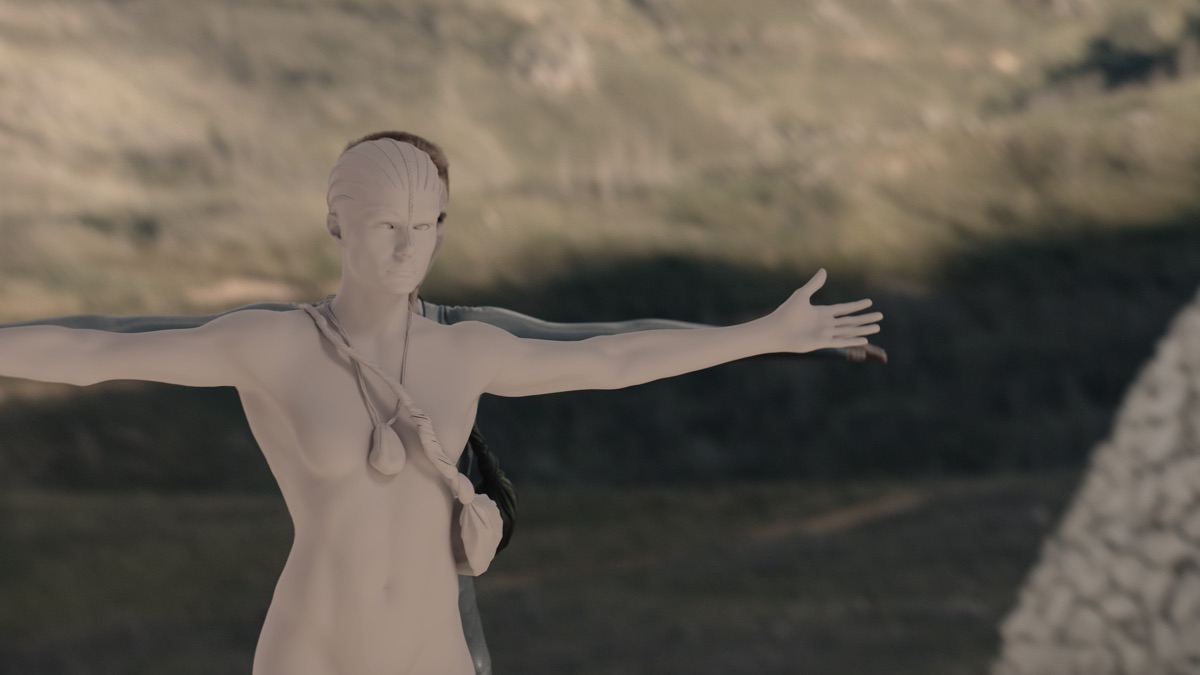 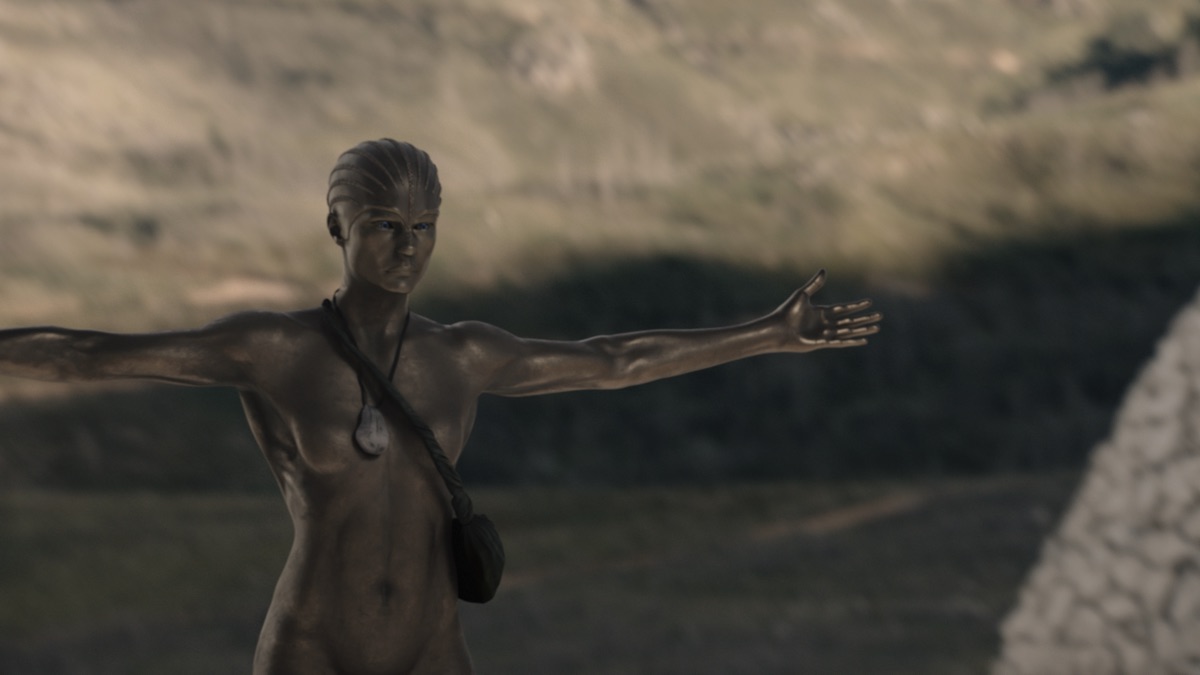 “Amanda was wired and flew hanging from a wire in every shot that she transitioned, and in many other shots as well,” describes McIntyre Jr. “So even when she was just flying, we hung and flew Amanda and used that as our animation guide for what the necromancer did. Her performance drove the performance of the necromancer, both in landing animation and the animation of the necromancer. This included keeping Collin wired in, say, for dialogue scenes where at some point she might turn and walk and lift off.”

For the transition from the humanoid android look of Mother to the more metallic and muscular necromancer—a relatively subtle fluid-like wipe—a 3D scan of Collin was the starting process. It also enabled a CG version of the necromancer to be built; this was done by MR. X, which delivered the vast majority of necromancer-related shots (some were also done by Spin VFX). MR. X’s visual effects supervisor was Eric Robinson and the MR. X visual effects producer was Sam Banack. 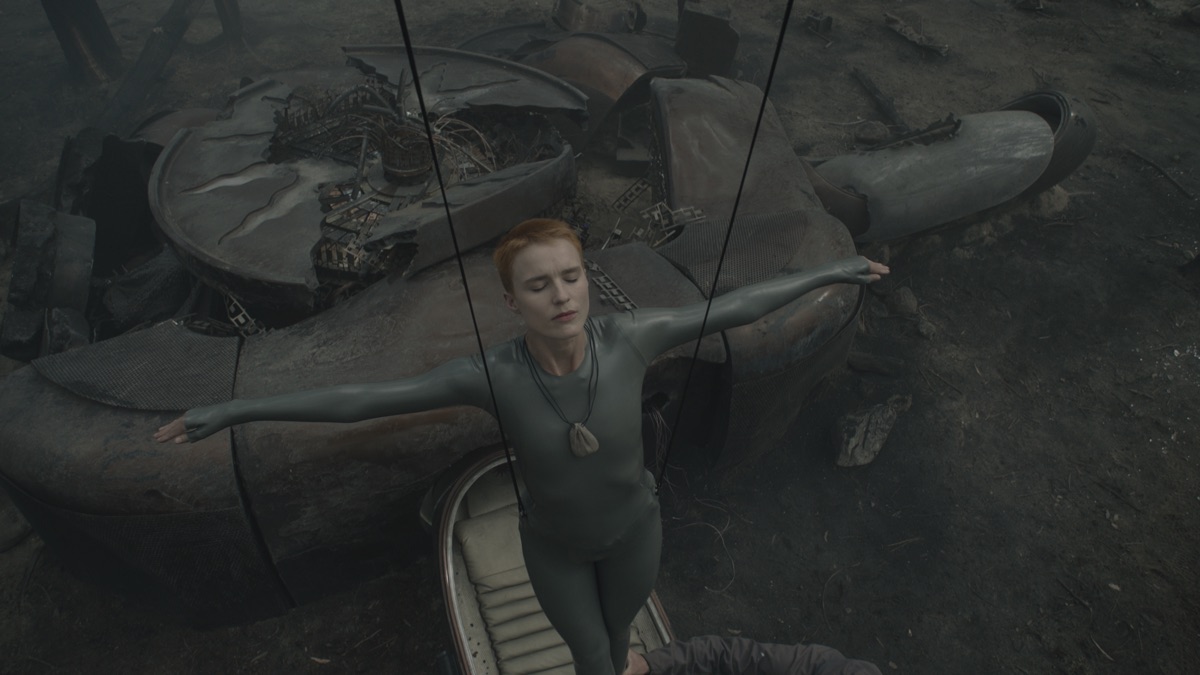 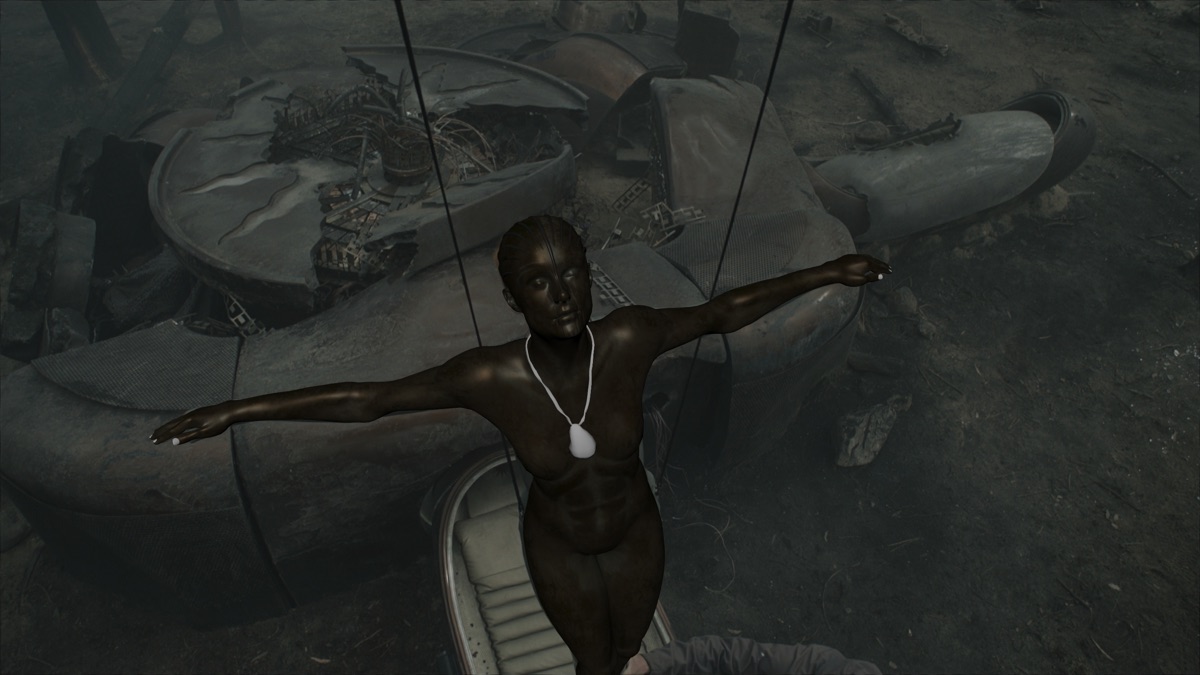 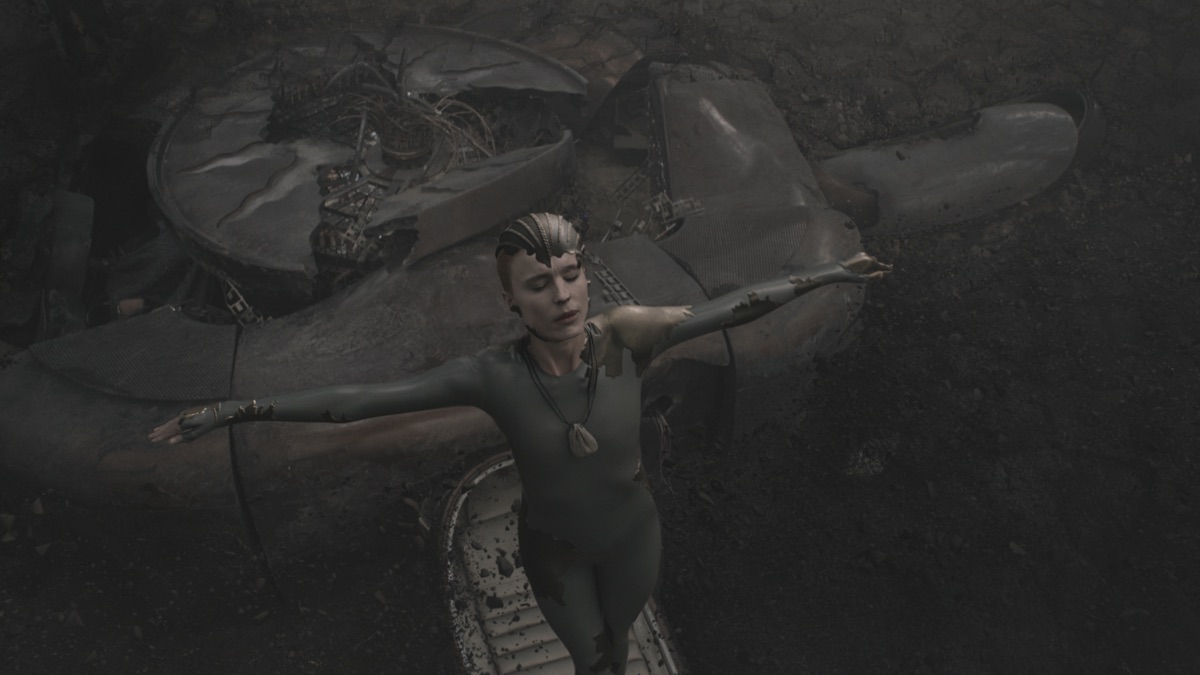 “In the case of transitions, MR. X had to matchmove very accurately the CG necromancer to a gray-suited Mother,” says McIntyre Jr. “In some ways it was more than a matchmove because they had to make sure the orientation of the character was right, say, the way the arm was twisted or the way the leg was turned. It made the transitions look seamless.”

The art of necromancer destruction

With a very particular scream, Mother-as-necromancer is able to blow apart humans and creatures, which tend to explode in a blood-filled obliteration. “Ridley wanted to see the scream effect come very much out of her eyes,” notes McIntyre Jr. “MR. X did that mostly as a 2D effect. It’s a warp and a distortion and some color and some speed and movement. And then for her eyes, they get a bit of a glow with greater color around the iris.” 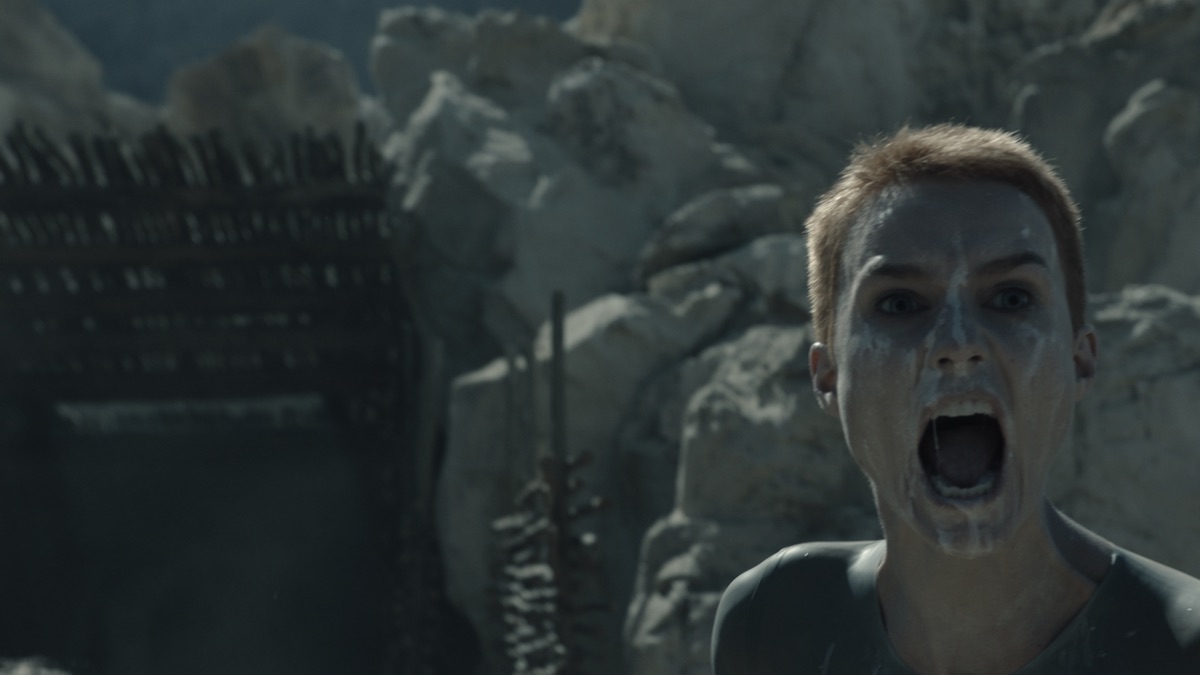 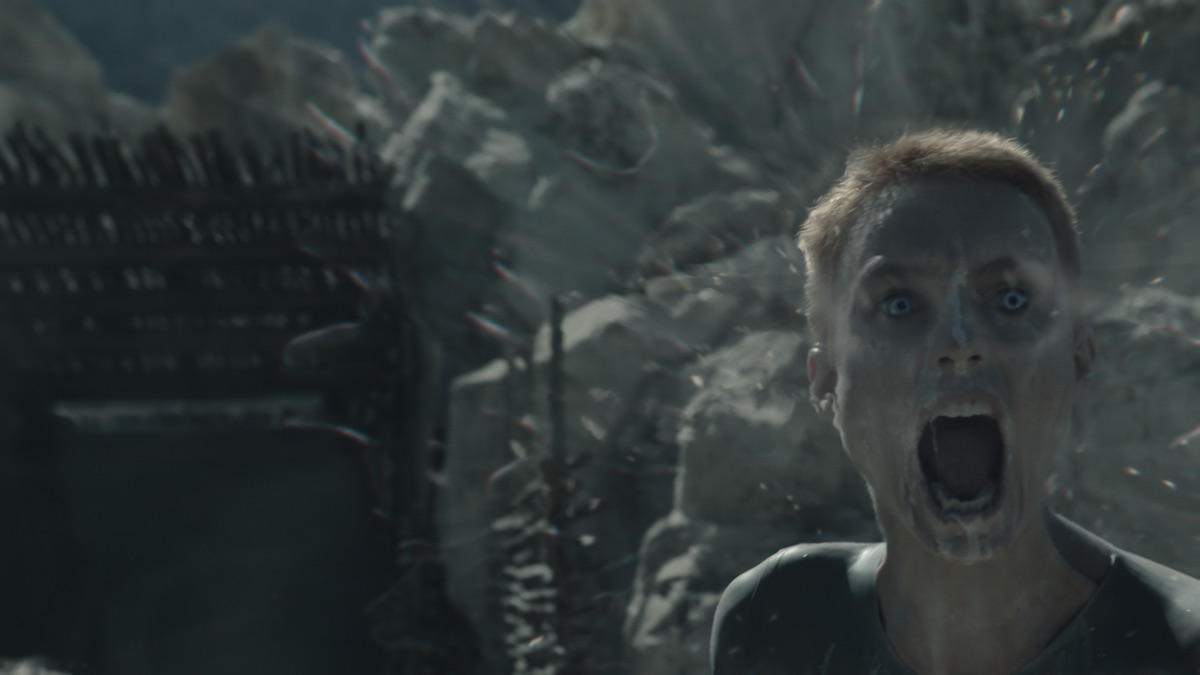 The result of the scream is a brutal explosion—“we used the word ‘evisceration’,” says McIntyre Jr. In a typical death-blast, after the explosion of blood there is effectively nothing left, save some floating particles or tendrils of blood in the air. This is seen most vividly in a hallway attack scene in which Mother visits the orbiting Mithraic Ark spaceship and takes out several crew members.

“It was shot in a stark white hallway so that the red blood stood out,” outlines McIntyre Jr. “Each one of the actors would stand in their position and then MR. X would ultimately paint them out. Then we had a separate pass with a hanging blood bag from special effects to spray things onto the walls. It didn’t give us the ‘blood tendrils’, so MR. X takes a lot of credit for this. They were the ones who actually designed what those do.” 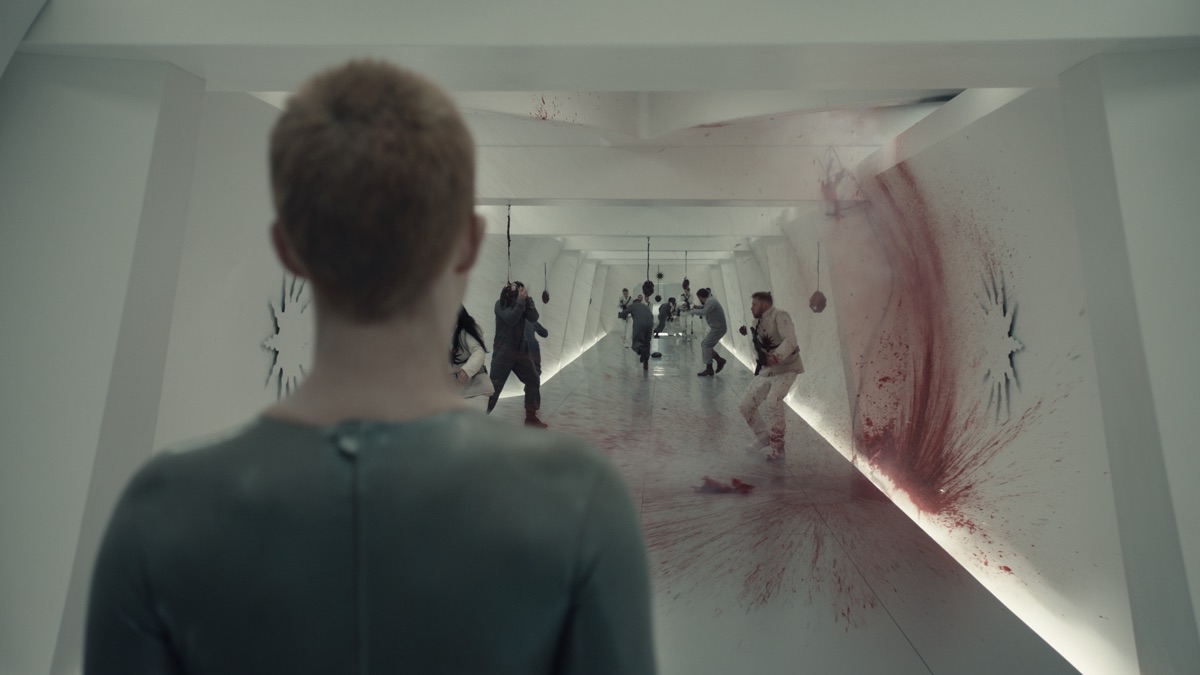 “Those tendrils come out and spread and grow,” adds McIntyre Jr. “In addition, we had little bits of floating blood debris. What was really important was being able to art direct that to make it brutal yet beautiful. That was the goal.”

Keep a look out for further parts in this Raised by Wolves series, which will look at crafting the alien planet surface, creating creatures, and orchestrating the show’s insane finale.