Breaking down how it worked on ‘The Alienist: Angel of Darkness.’

TNT’s Angel of Darkness, the second season of The Alienist, is set in 1897 New York City. The production crafted intricate sets and utilized a backlot for filming in Budapest, with scenes augmented with visual effects to add wide vistas, street extensions and various other enhancements—even, at one point, clothing changes.

I got the chance to talk to VFX supervisor Doug Larmour about the show, and I wanted to ask him about what kind of work goes into the planning of period visual effects like those in Angel of Darkness, and how the process of defining shots, bringing on vendors, turning over shots, and then continuing to liaise with those vendors works. Here’s how he broke it down.

Doug Larmour: It all starts with the script. You have a certain budget and you run through the scripts and you basically say to the showrunner and the directors, ‘Well, it says in the script, ‘The vast New York in front of you’, and you go, ‘Okay, what do you want to see?’ 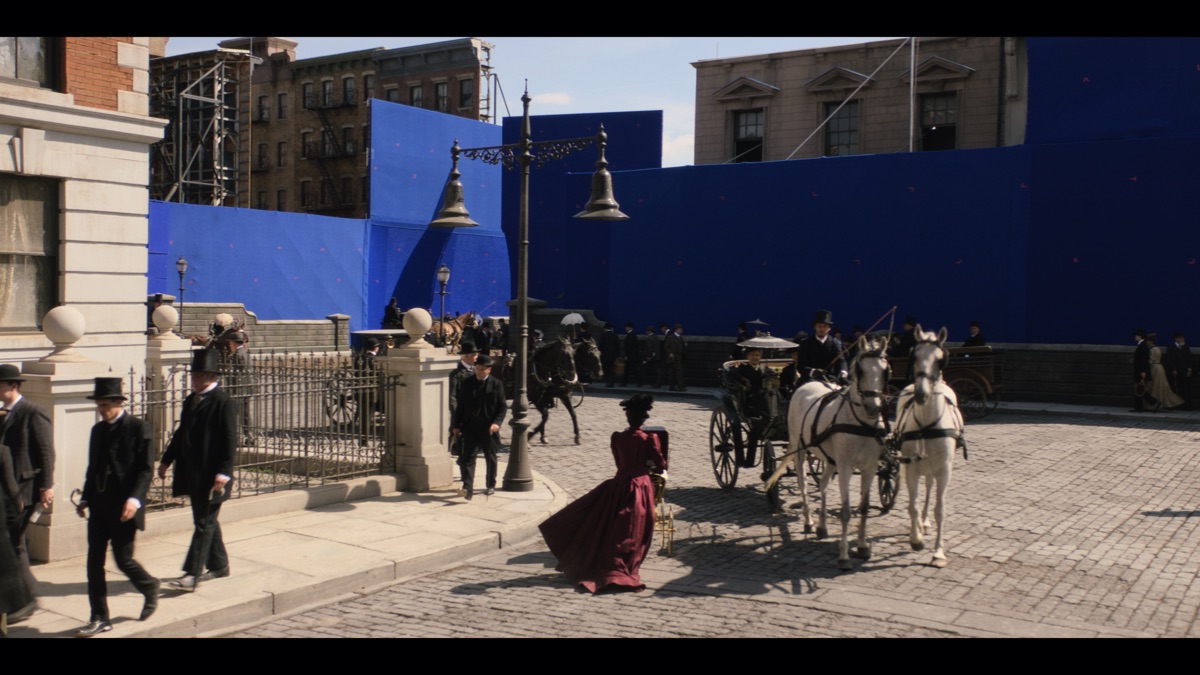 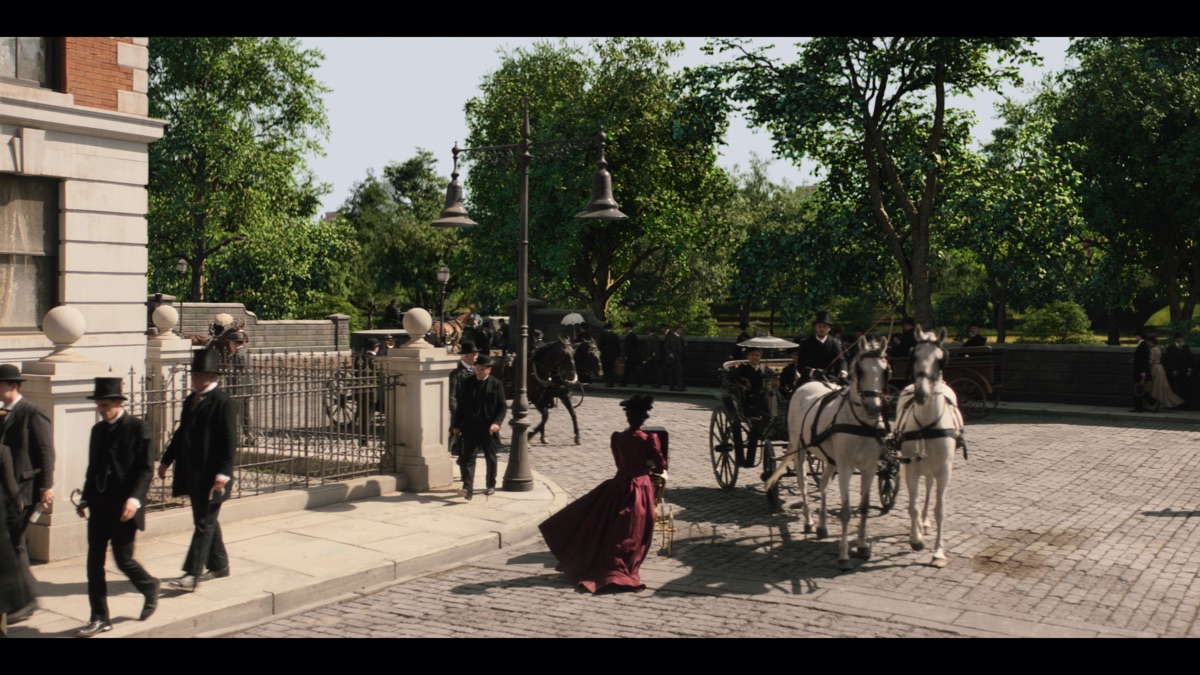 From the scripts, you work through where your big VFX beats are. Being a second season, we already knew that there was a large backlot that we could play with. So for every exterior shot, we were going to possibly need some extension of a street or, possibly not, depending on what they had in mind in terms of how they were going to shoot each scene.

If it was a lot of dialogue, where you’re going to be close up on the actors, it might not need much VFX. However, especially in episodes 1 and 2, you know you’re going to have to establish every single place they go to. Every new exterior or every new change of location, they’re going to want a big shot. And compared to series 1, they wanted grander moves.

I would then ask, ‘Would you rather see lots of little things or would you rather kind of keep it close and tight on the backlot we have, and then try and spend your money on the big wide shots?’ And the show’s makers said, ‘Well, we definitely want to give it scale. It needs to feel brighter and bigger than last year.’

Then we sit down with the showrunner and directors and the executives and say, ‘These are the shots we could do for these points in the script. If you’re happy for us to chase these, then we’ll go away and we’ll talk to a few vendors, put out a few tenders about how much these things will cost.’

We went to a few vendors with the concepts and with the ideas for how many shots and how much budget. And then we did a bit of back and forth with the executives. Then we went back to the vendors and said, ‘Well, they decided to only do this number of shots,’ and the vendors would say, ‘Well, maybe we could sneak in another shot.’ It’s a bit of a trade-off—the vendors want to do the best possible work. For them, every show is a calling card of their abilities.

Based on all of that, we whittled it down to Mr. X and Outpost in Montreal, and then a small company called Front VFX in Budapest, and our own in-house team. At this point, we were still script-based. So we hadn’t shot anything, but we booked in Mr. X and Outpost for the period when we thought we’d be finished shooting. 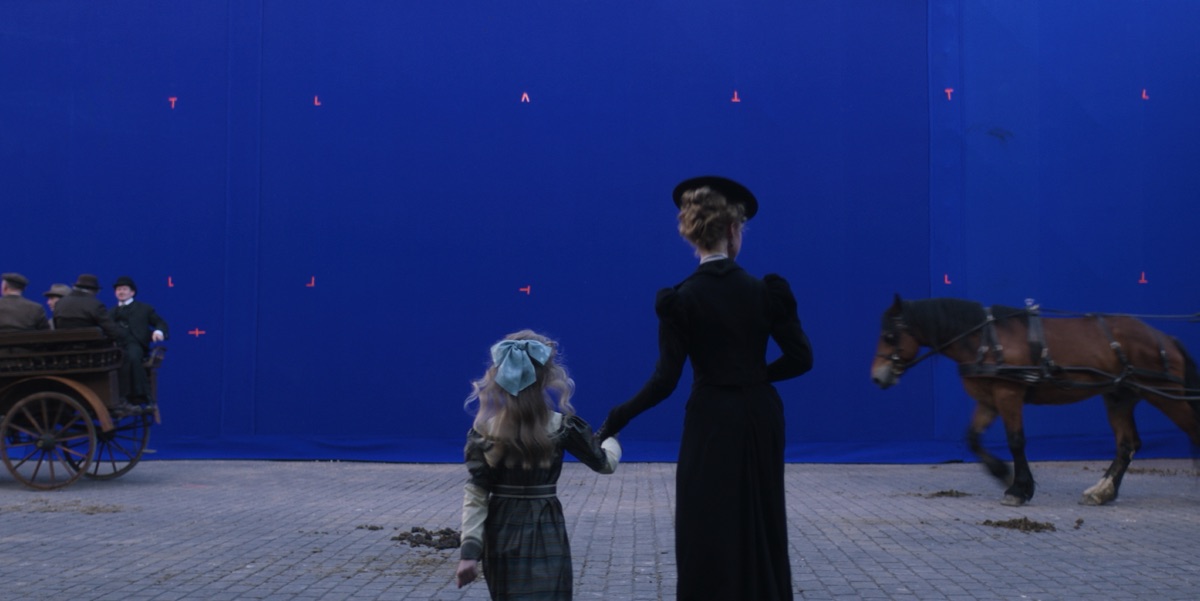 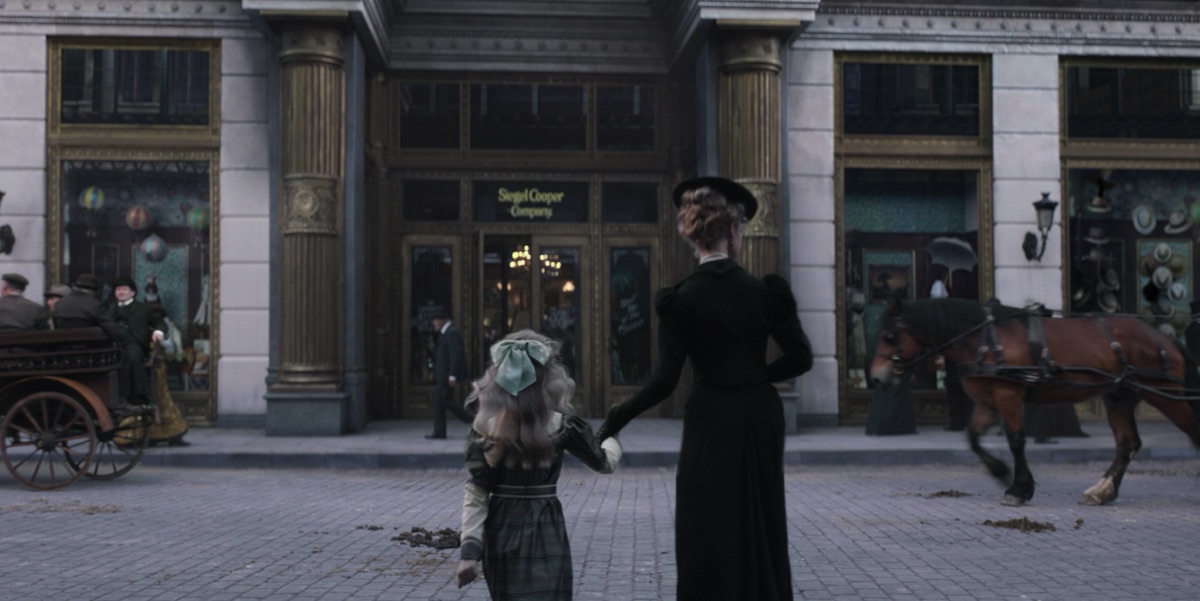 The shoot and into editorial

Sometimes the vendors want their supervisors on set. Here we didn’t do that. The style of work we were doing wasn’t too crazy, and they were so far away in Montreal. I looked after things on set with the help of my Hungarian counterpart, Csaba Tóth, and my visual effects producer Jessica Smith.

As soon as we had an early assembly edit, we then turned the major stuff over that we knew would probably be in the cut. In editorial, the editors do do very early versions of the shots. Plus, I’ll give them material to place in the cut.

In order to sell the style of the effects that we’re going to have, I’ll have mocked up in Photoshop, or we’d use the concept facility, to make up a quick version of the shot. You might also take a still on set, send it to them, and they can mock up something based on photographs that I’ve taken from the internet. There’s so much historical reference photography from the 1890s. 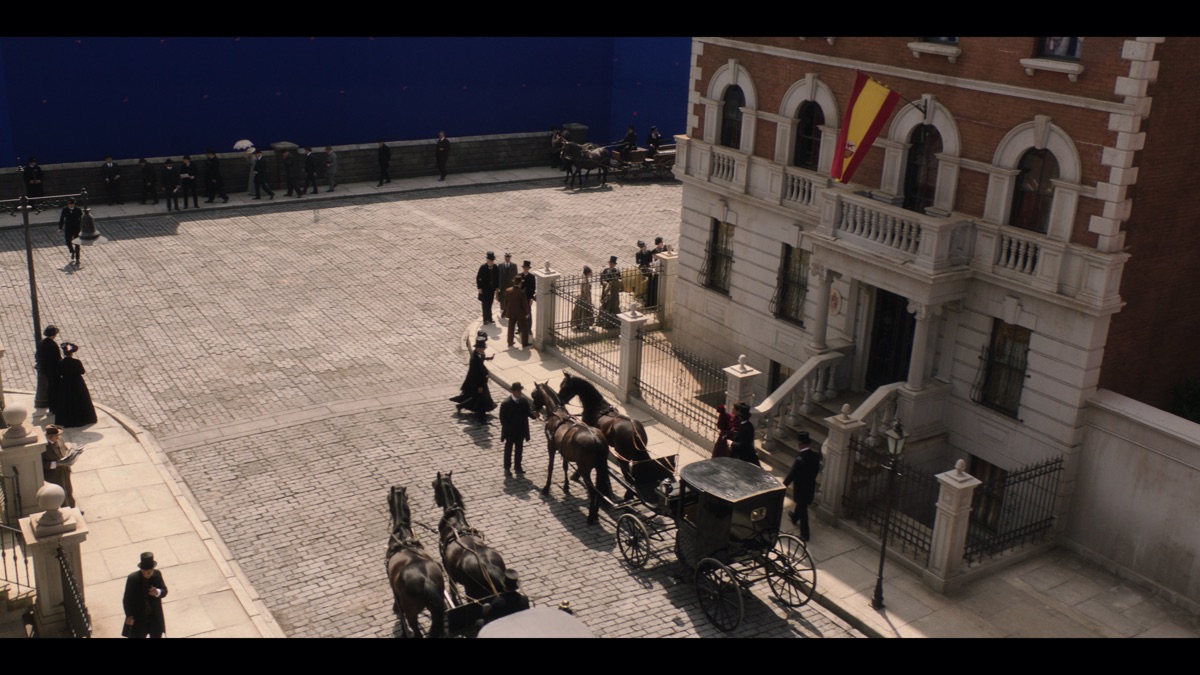 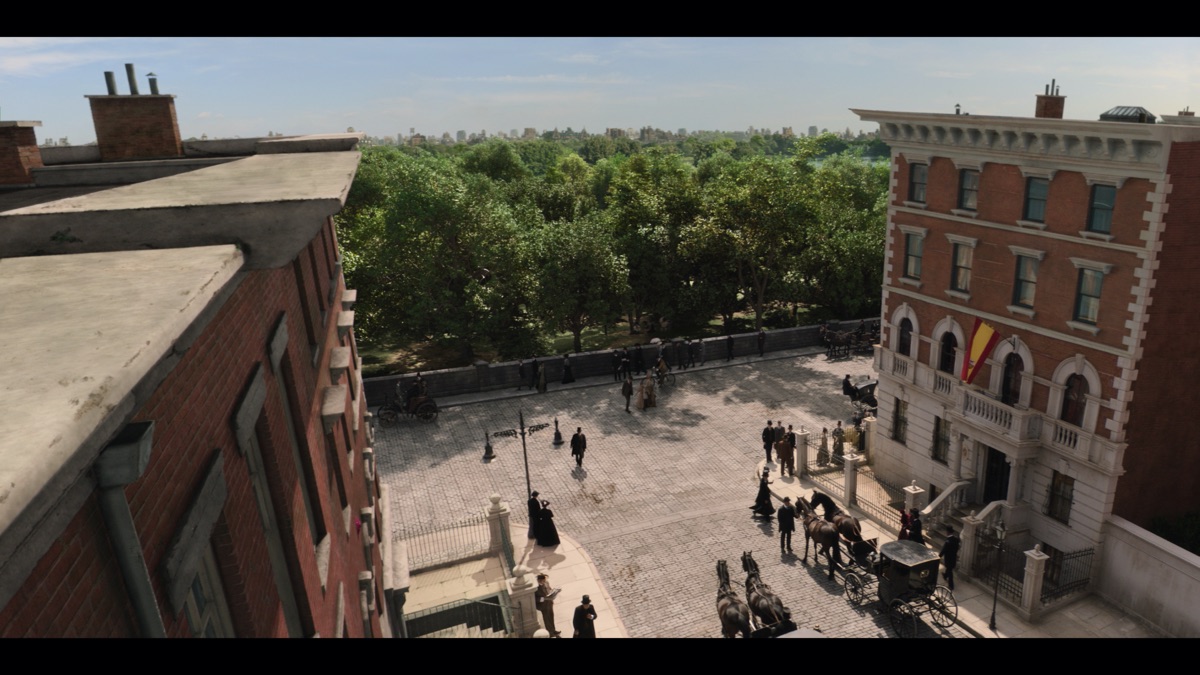 For some of the big wide aerial vistas of New York, we might take a Zeppelin shot from 1910 and use that as a still. There’s a few pictures that got taken from balloons back then or even from the top of the Brooklyn Bridge or the Manhattan Bridge while it was being built. The photographers managed to take up these massive plate cameras up there.

The idea is that, in the rough cut, it means there’s just not bluescreen left in there. So whenever a studio exec gets to see the first rough cut, they’ll see something in there as opposed to just bluescreens.

We did this kind of rough outlining with Mr. X and Outpost, as well. We’d say, ‘It looks a bit like this. I want three buildings.’ They mock it up, placing their own building models. Then you try and use those things in the early edit when you can. 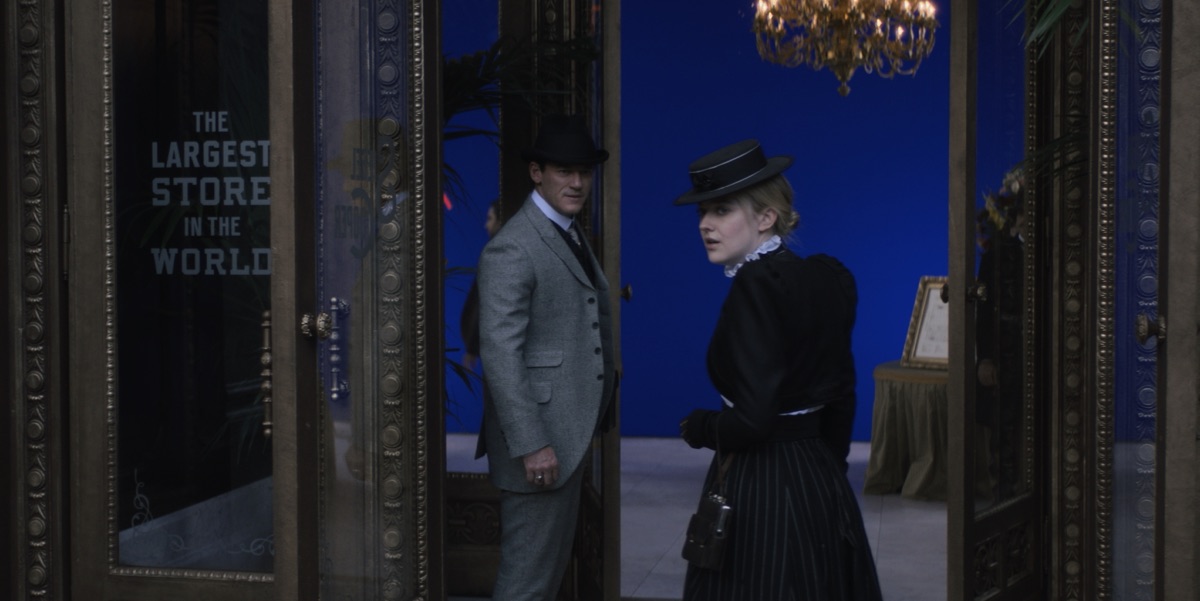 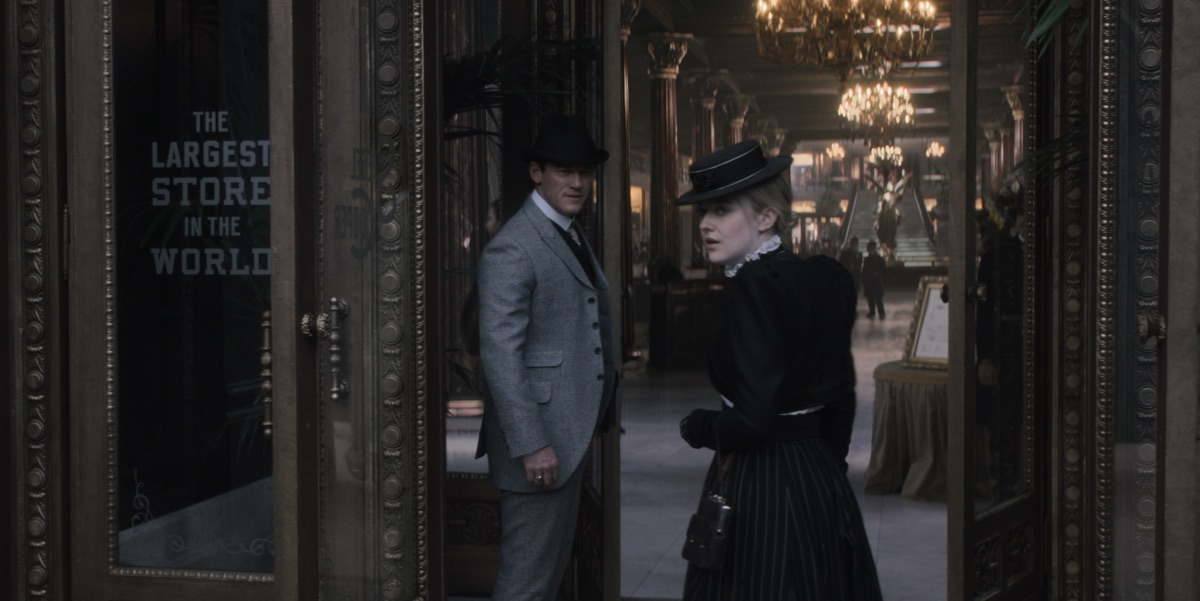 The final work, and some unexpected clothing replacements

We split up the VFX according to location, mainly. The idea was to try and keep as many locations individual to each facility. Outpost took the Spanish consulate and Central Park. They also took the interior of Sing Sing prison, for most of it. Mr. X took the wides and also some close-up shots that had big moves. In episode 4 there’s a big fly-through of Newspaper Row. It flies from the bay right through over houses and over into Newspaper Row, which is where the first skyscrapers in New York were.

One unusual piece of work we had to do were costume changes in VFX. They decided to mush together two different sequences to create one sequence. They were shot in the same place with the same people, but they were set on different dates. It felt a bit weird ping-ponging between these people having almost exactly same conversation, so the decision was to make it one conversation. But, they were wearing different clothes. We were asked, ‘Well, can you change the clothes?’ We said, ‘Okay…’.

We took lots of reference photography because we knew it was happening, just at the end of the shooting for these scenes. One scene is of John Moore (Luke Evans), where he’s sitting down, and at one point he gets up. For that one, we could get away with it in 2D because we had reference photography of him doing those same actions. We didn’t film him—we just took lots of photos because we knew that we wouldn’t be able to match actions exactly. So we thought, okay, we’ll take what are basically plates and walk him into place. 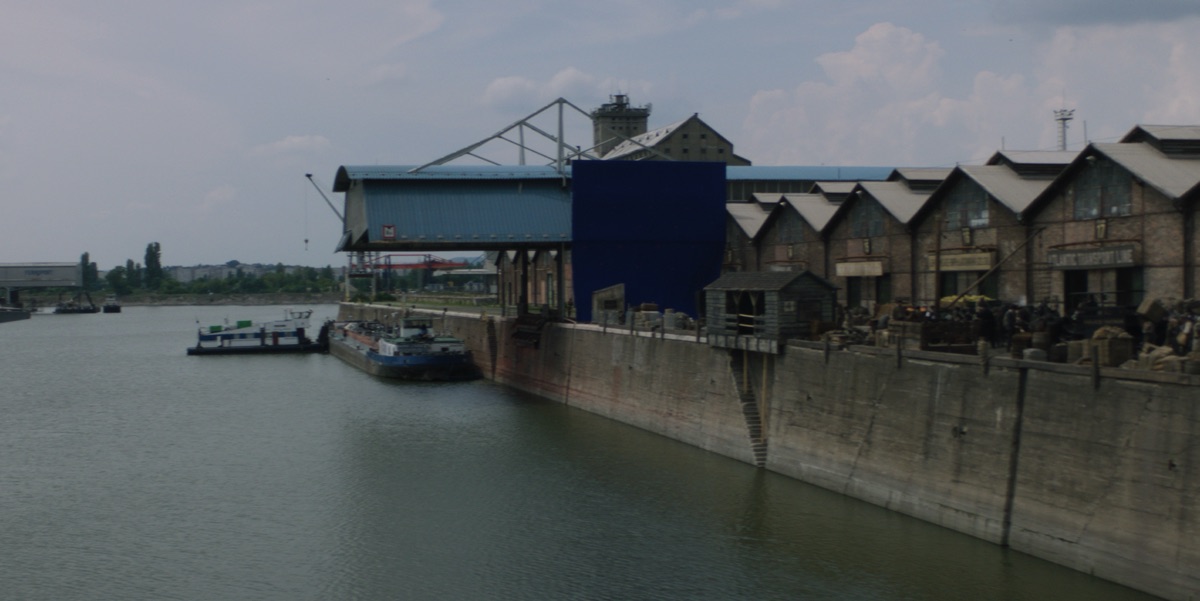 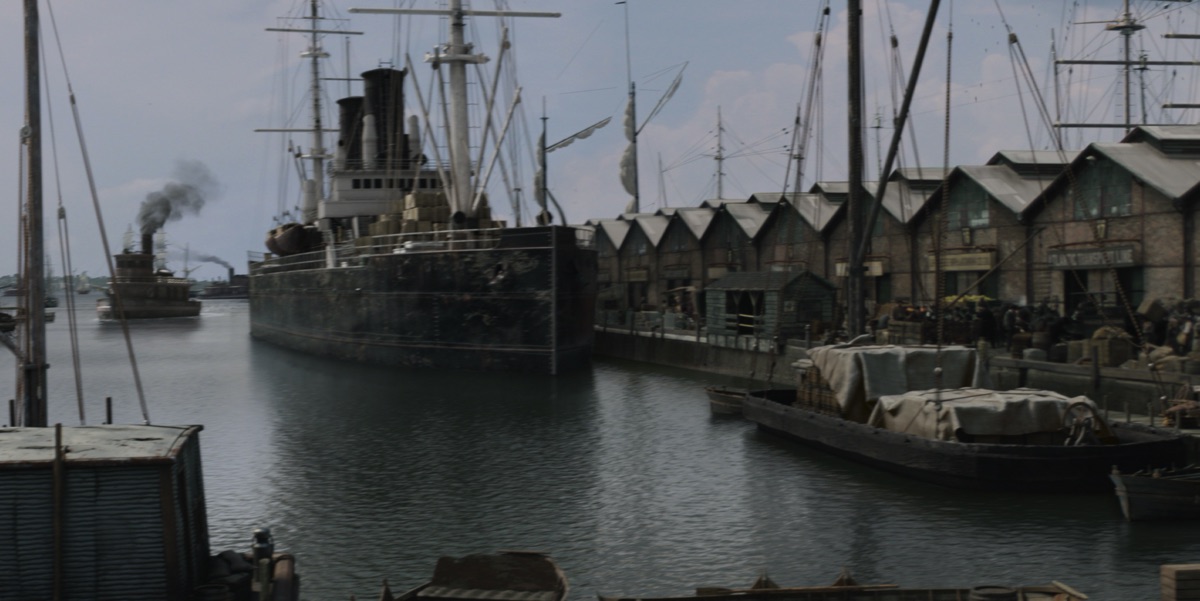 The other scene was for Sara Howard (Dakota Fanning), when she’s lying in hospital. She walks down corridors. She turns around, she walks to and away from camera. For that one we couldn’t do in 2D, we had to do a 3D cloth sim. The two different costumes were kind of dark. So we had to figure out, how much can you get away with the old costume? Can we use the silhouette of the old costume, and the edges of the old costume and change the inside? In the end we kept some of it, we kept the silhouette of the dress the same, because it was a similar type dress. We didn’t do too much with the skirt because the skirt was going to be a nightmare to match. Cloth sims with skirts flowing over places, it’s just a nightmare! But it all looks fantastic, and you really can’t tell we did anything.