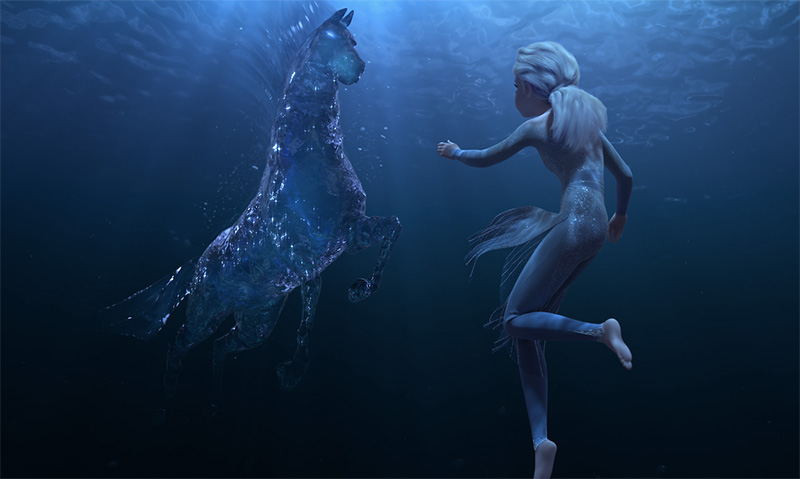 A few weeks ago I highlighted a bunch of the masterclasses on offer at the VIEW Conference in Turin, which takes place between 21 and 25 October.

Of course, another major attraction at the conference is the many talks and other events. Here’s my pick of five ‘must-sees’.

1. The effects of Frozen 2 – this film won’t even be out yet, but Disney Animation visual effects supervisor Steve Goldberg is going to be showcasing how the elements of Frozen 2 – things like fire, wind, earth, and water – were simulated. Pretty amazing to get a preview like that!

2. Abominable director Jill Culton – Abominable just came out this weekend, and it was an impressive opener. But it’s been a long road for this film and rarely do you hear directly from a director about how something like this gets made. It’s going to be highly inspiring.

3. Rob Bredow will be signing his Making Solo: A Star Wars Story book – to me, this is a big deal, because not only will you get a chance to have for the author and VFX supervisor to sign your copy of this amazing book, you’ll most likely get a chance to ask him a couple of pointed questions (things you don’t really get a chance to do elsewhere). I’ll be first in line.

4. Michael Giacchino concert – C’mon, this is a super-cool addition to VIEW. I don’t know all the details (surprises are awesome), but the prolific film composer, including for The Incredibles and Up, is playing a concert on Monday 21 October at 9 pm. It’s fun to have something very different happening at the conference like this.

5. Weta Digital’s Guy Williams on Gemini Man – This Will Smith film will only just have been released, which means VFX supe Guy Williams’ talk will be on the first done anywhere. Weta Digital has broken new ground here by crafting an entirely CG young Will Smith. I can’t wait to learn more about it.

So, that’s literally only 5 of out scores of talks, presentations, and workshops, not to mention VR experiences, recruitment sessions and chances to mingle with some of the biggest names in animation and VFX. You can check everything out at the detailed program.