At one point in Chad Stahelski’s John Wick: Chapter 3 – Parabellum, Keanu Reeves’ titular character is shot on the roof of the Continental, and falls into an alleyway, but not before he slams into walls, fire escapes and other structures on the way down.

It’s a confronting shot, and one that was made possible – like many of the film’s daring scenes – via a combination of stunts, special effects and visual effects.

“The stunt team initially wanted to do the whole thing fully in-camera,” recalls Parabellum production visual effects supervisor Rob Nederhorst. “But at some point they realized that for the height Chad wanted, it was going to be too high to do safely.” 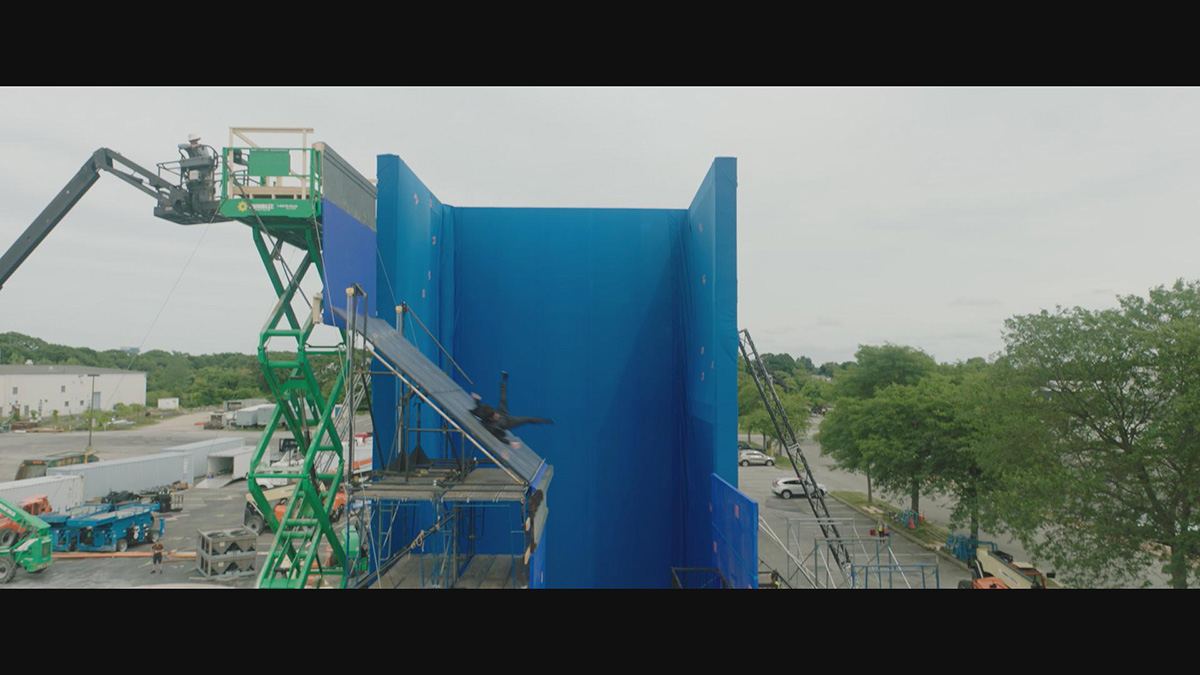 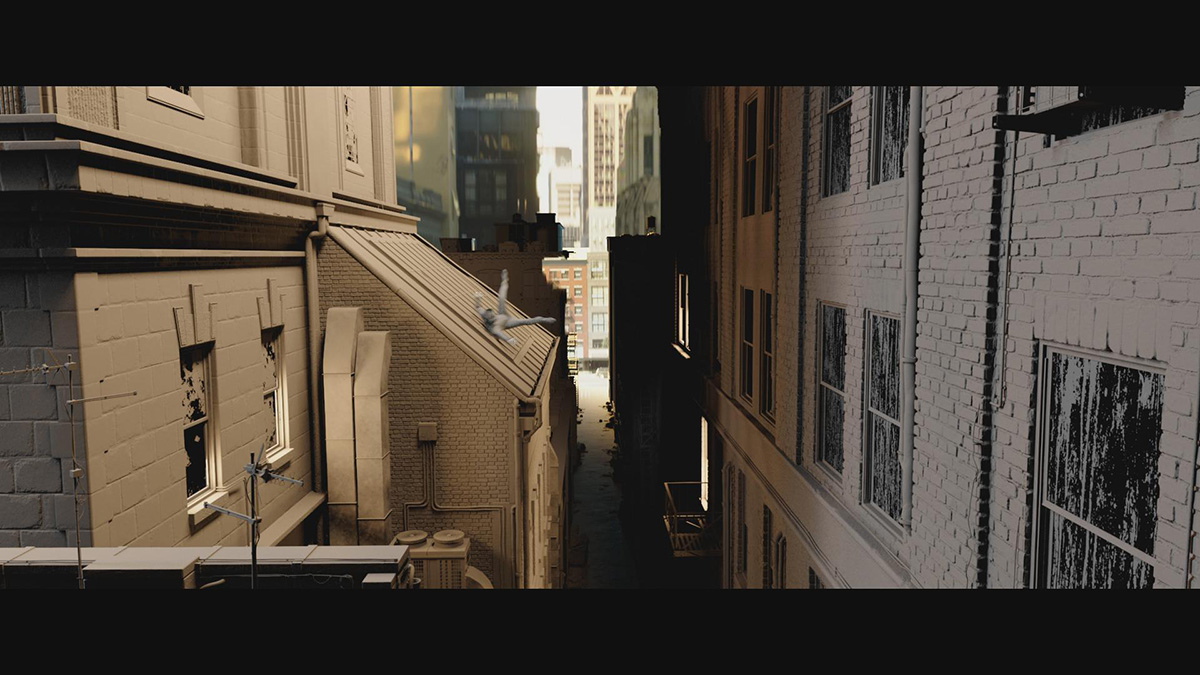 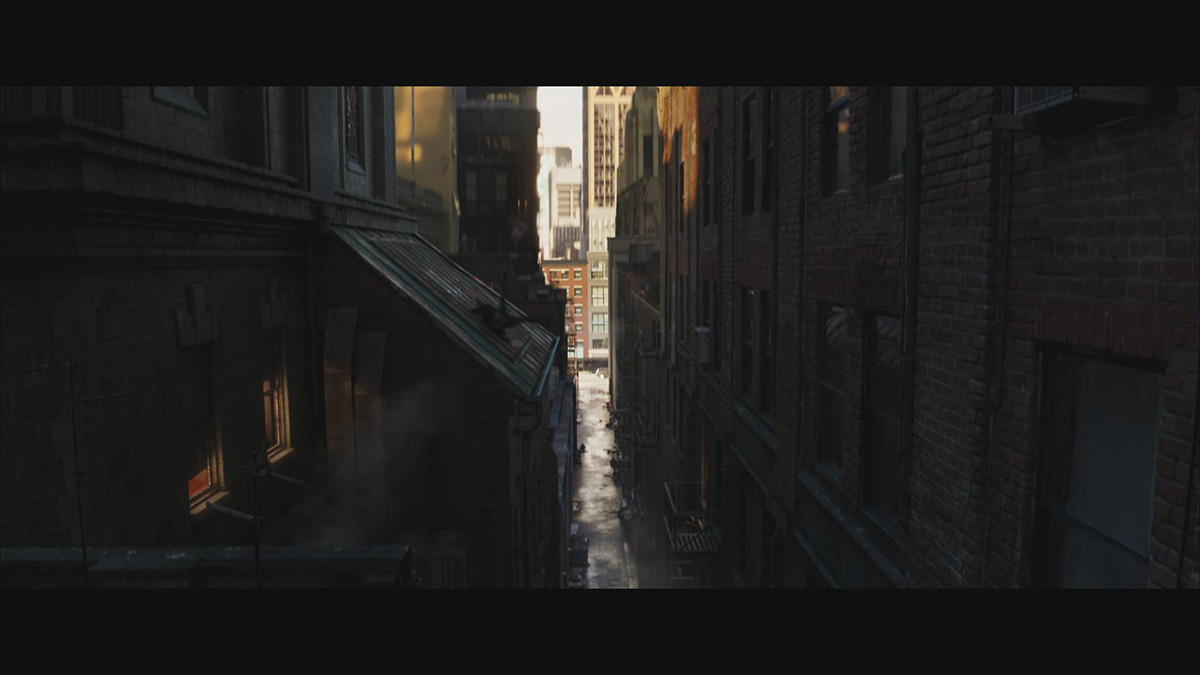 That meant crafting the scene still with a stunt fall, but then filming that in pieces, and putting it together via visual effects, which were done by Method Studios in Melbourne. A previs and stuntvis effort began the process (postvis after the shoot was involved, too). Scott Rogers, the stunt co-ordinator for this particular scene, designed a setup that would enable a performer to do the falls at safe heights.

The setup was a bluescreen alleyway mock-up built as a tower of scaffolding. “It was designed to include rubberized railings and things that were cantilevered, so when the stuntman hit them, they bent, and gave in a little,” explains Nederhorst.

Reeves’ stunt double Jackson Spidell performed the stunt. The first section had him ending up in a mock fire escape, but one of the first takes, the crew noticed him landing hard. “His back went like *this*,” says Nederhorst, miming a snapping action. “Even Chad who is a hardened stunt guy went ‘Oh boy’, and he exited the tent we watching the footage in and immediately went to make sure his guy was OK. But Jackson got up and goes, ‘Everything’s fine, how was that?’”

The second part of the fall had the performer hit up against the fire escape, then slam a covering above some air-conditioning units, before falling on the ground (luckily, a stunt pad stood in for the ground). 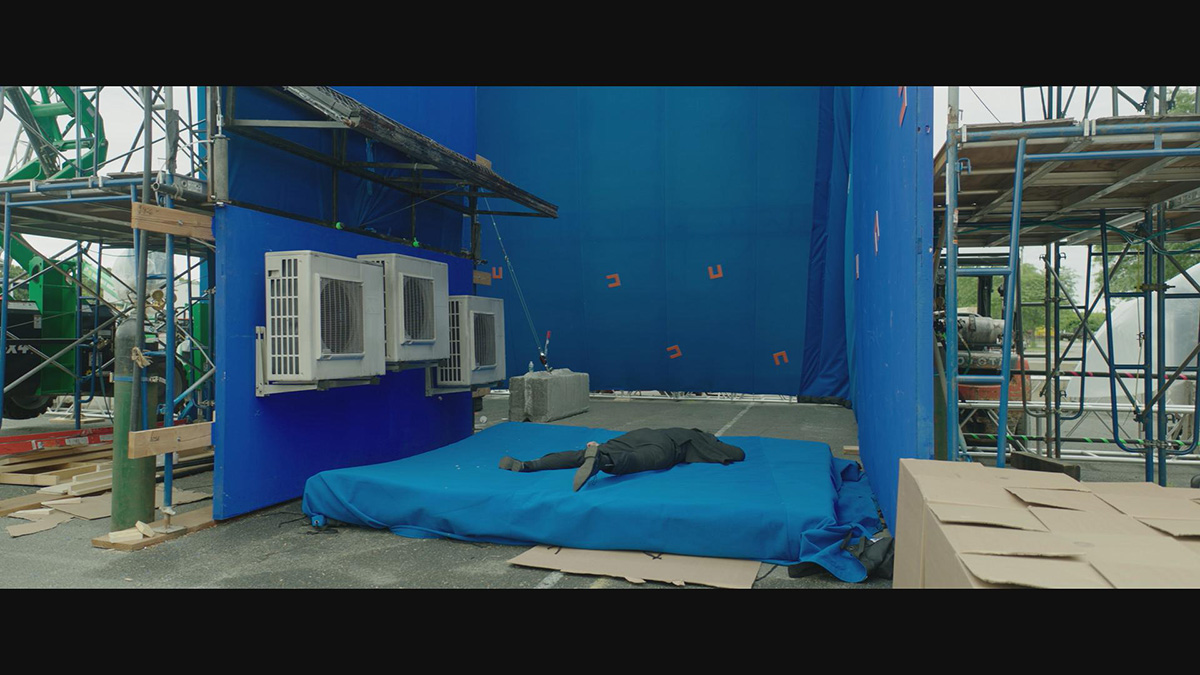 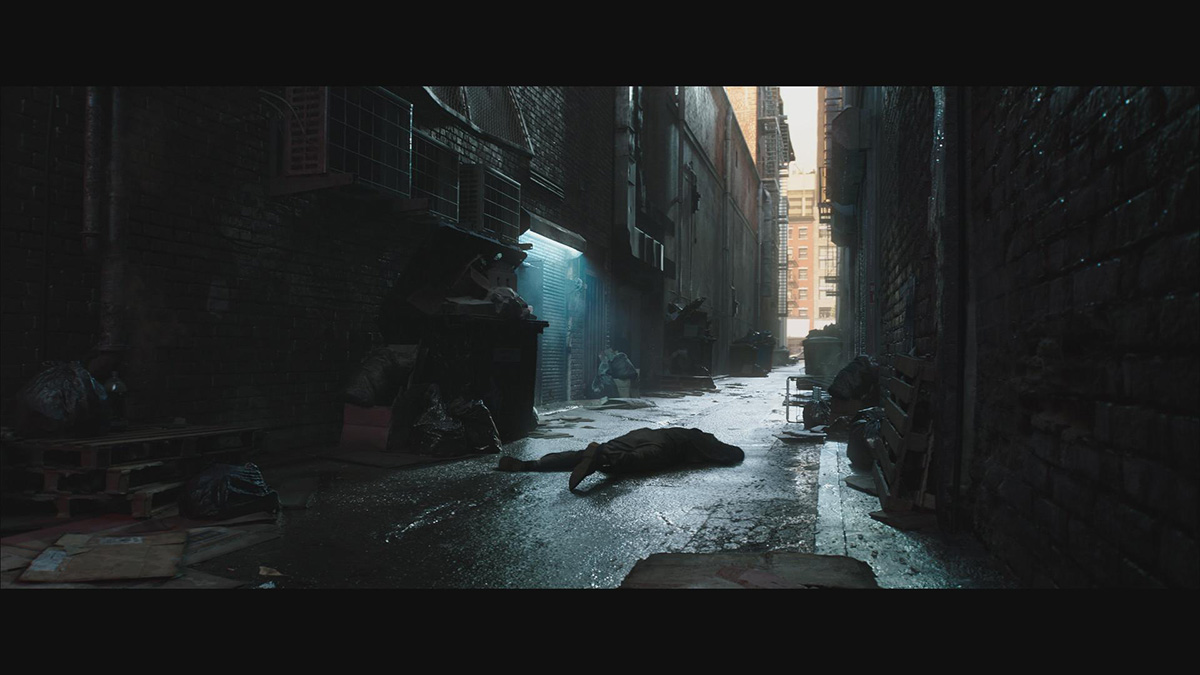 The two parts would be stitched together by Method, including with the aid of some digi-double work. “Chad wanted him to fall a little bit further, not to the point to where reality would break, but where you go, ‘Wow, we beat the shit out of John Wick.’ So, we made him fall probably an additional five feet.”

Stitching the actual fall elements was of course only half of Method’s challenge. It also had to insert the bluescreen footage and its digital double into an alleyway. This was a significant digital build, based on multiple lidar and photogrammetry scans of alleys in New York and one in particular in Los Angeles.