Plus other animation stories from the new film.

James Bobin’s live-action Dora and the Lost City of Gold is an adaptation, of course on the animated television series ‘Dora the Explorer’. Despite being live-action, the film retains two highly stylized animal characters, the monkey Boots and the fox Swiper.

Mill Film, part of Technicolor, which includes a number of VFX studios, handled a significant portion of Dora’s visual effects work, including animation for Boots and Swiper. 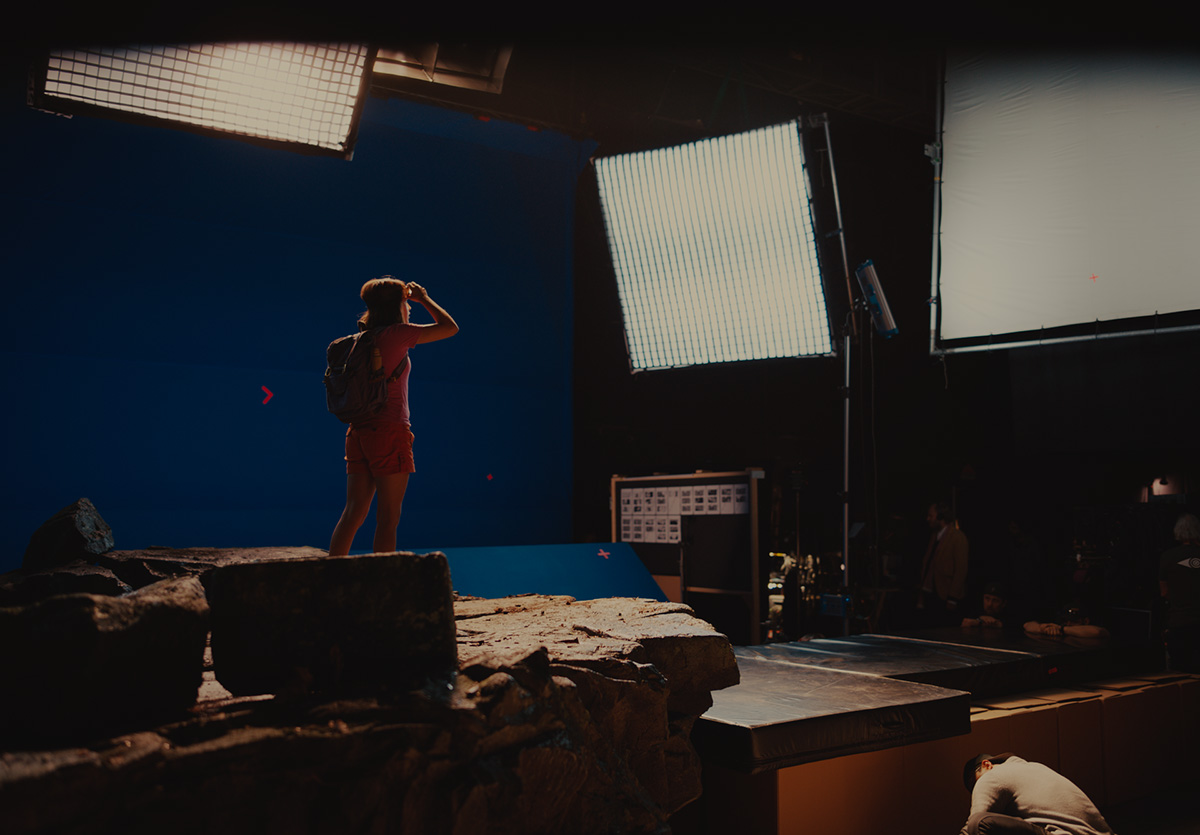 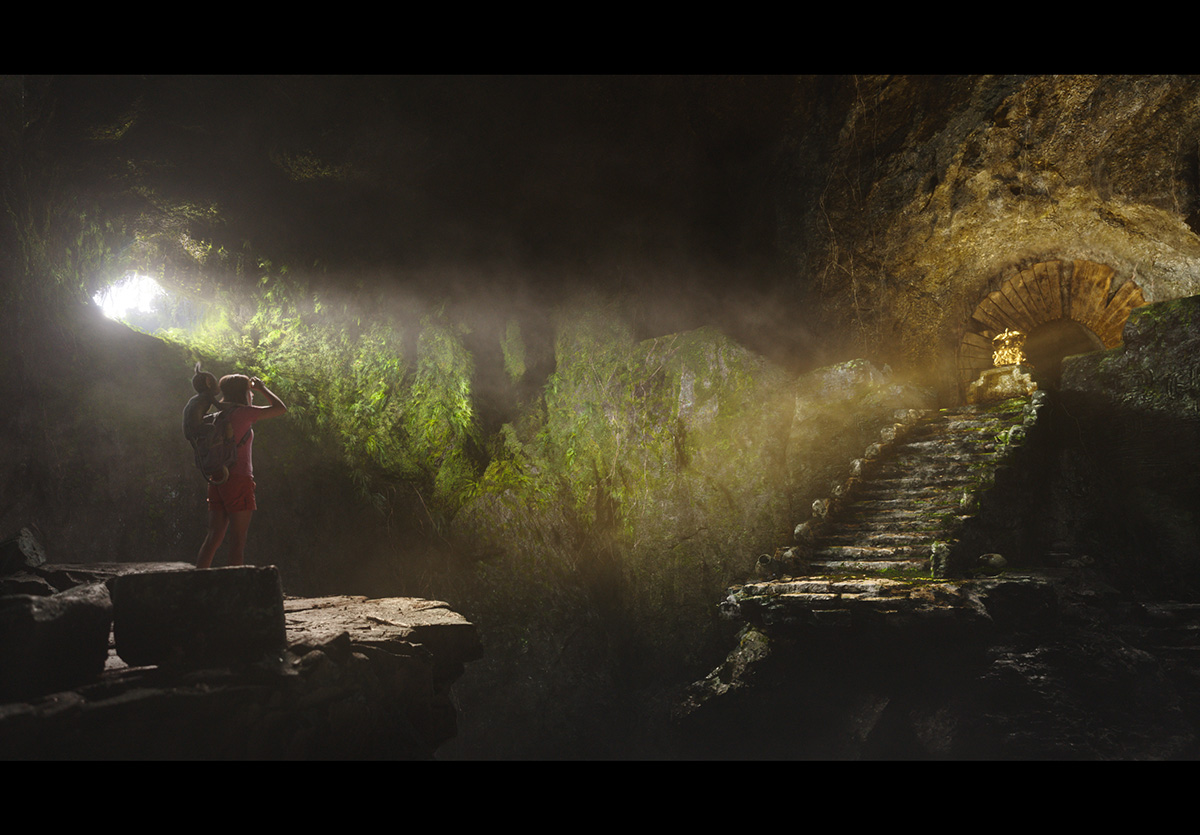 b&a: Since Dora is based on a cartoon, what did you find was the right balance of real/photoreal/animated for these characters, both in terms of their appearance and movement?

Lindy De Quattro: When I started on Dora, the first thing I did was work with the asset team to tweak the design of the two main characters: Boots and Swiper. The early versions of both characters were extremely photorealistic and because of that, they weren’t particularly cute or appealing. They had been matched extremely well to reference of a wild Spider Monkey and a Red Fox. The fur was quite matted on both, the skin was wrinkly and very translucent on Boots, and the overall impression was a bit scary. I really wanted to bring back more of the cuteness from the original cartoon, but at the same time these characters had to fit into live action plates with live actors so there was a balance that had to be achieved.

We smoothed out the skin of both characters, minimized any skin discolorations, and gave them both a rosier overall skin tone. We backed way off on the tufting of the fur and gave them more of a freshly washed look. Then we tweaked the fur colors to be a bit more saturated. The overall result was two really cute and recognizable characters from the cartoon that still fit well into our plates and sat well with the actors. 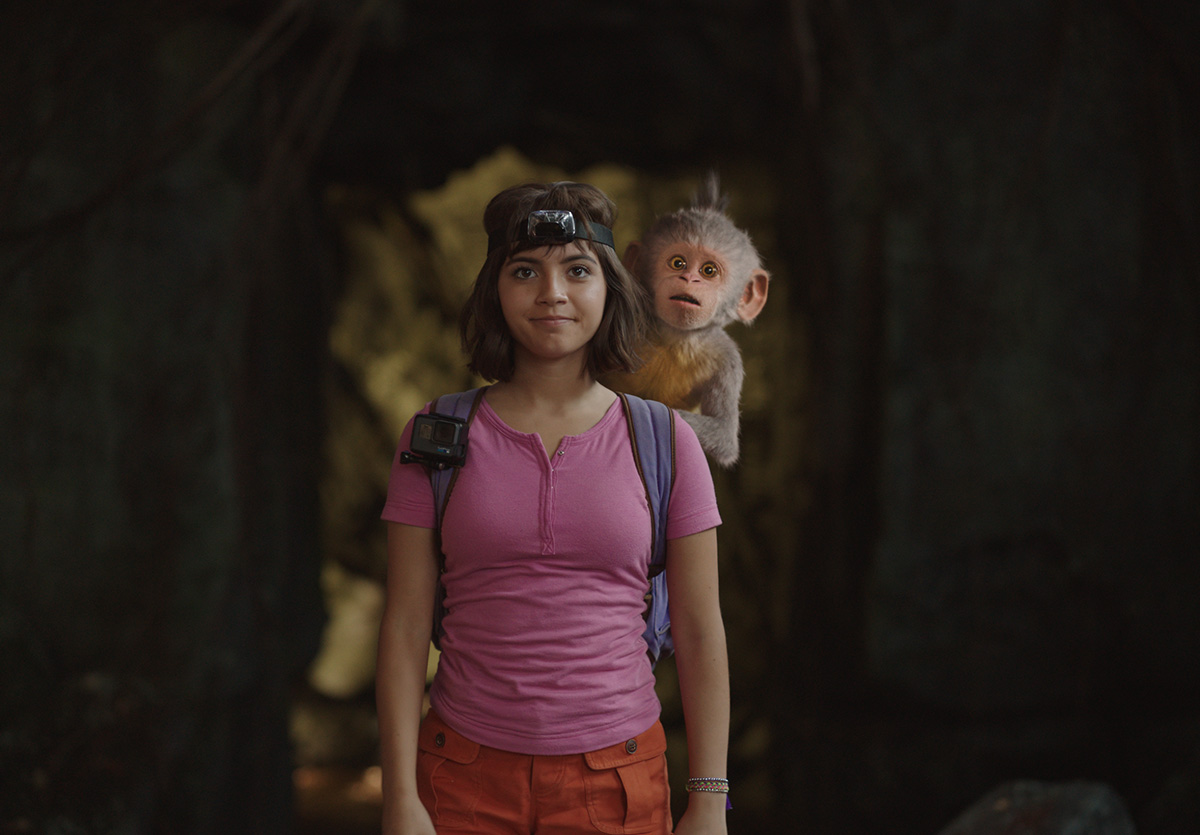 After we’d nailed the look, we needed to tackle the animation. Because our original rigs were based on a real monkey and a real fox, they were somewhat constrained in what they allowed us to do with the animation. We had to go back into rigging and give ourselves more flexibility in terms of squash-and-stretch capabilities, and allowing our quadrupeds to walk on two feet. Swiper in particular was very challenging. He sometimes moved almost snake-like in the original cartoon.

It took many iterations of our rig and a lot of additional shape work, but in the end Matt and his team were able to give the movement of our characters a great 2D animation quality which really harkened back to the original cartoon.

Matt Everitt: Getting the blend of cartoon versus realism was tricky. Luckily the performance from the cast, in particular Isabela Moner, was so great it gave us a great platform to act along side. There is a scene in the hanger chase in which Dora instructs the rest of the group to follow her and performs a very broad and cartoony wave with her arm. We copied it with Boots in a shot later on, and it felt great as a cartoony expression.

We were very aware that the TV show is an extremely positive experience for the audience that watches it, so we wanted the same positivity in our design choices and movement. James Bobin loved the three prongs of hair that Boots has on the top of his head and wanted to them to be a key part of his design and the way he behaves. 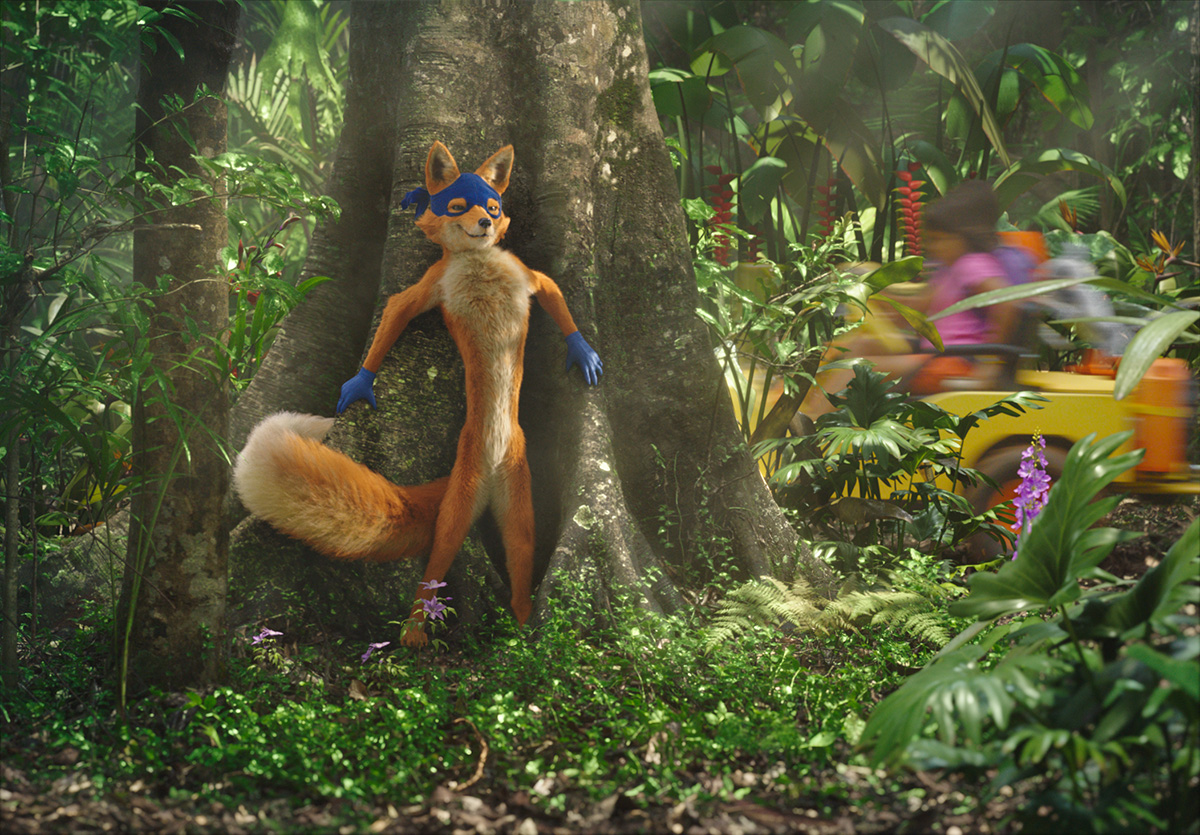 b&a: What were some of the earliest conversations about how Boots and Swiper would behave – what kind of tests were done to explore this?

Matt Everitt: Swiper has such an interesting design that we very quickly started to experiment manipulating him beyond what a regular quadruped could do. We tried various locomotion test of him running from all fours to two legs and director James Bobin responded well to the more upright style. The animators began to gather reference on actors in a full run and a super cut of Ton Cruise running in all his movies caught our eye. We quickly mocked up a ‘Tom Cruise’ run and put it in front of James and it got a big laugh.

Boots’ dance in the ‘Poo Song’ sequence once again provided us with the opportunity explore with tests and to do some digging for reference. While Boots is Dora’s guardian we also thought of him as her little brother and we created some tests of a dance like old cockney knees up, which in turn led us to look at Dick Van Dyke and Oliver Twist from 1968. 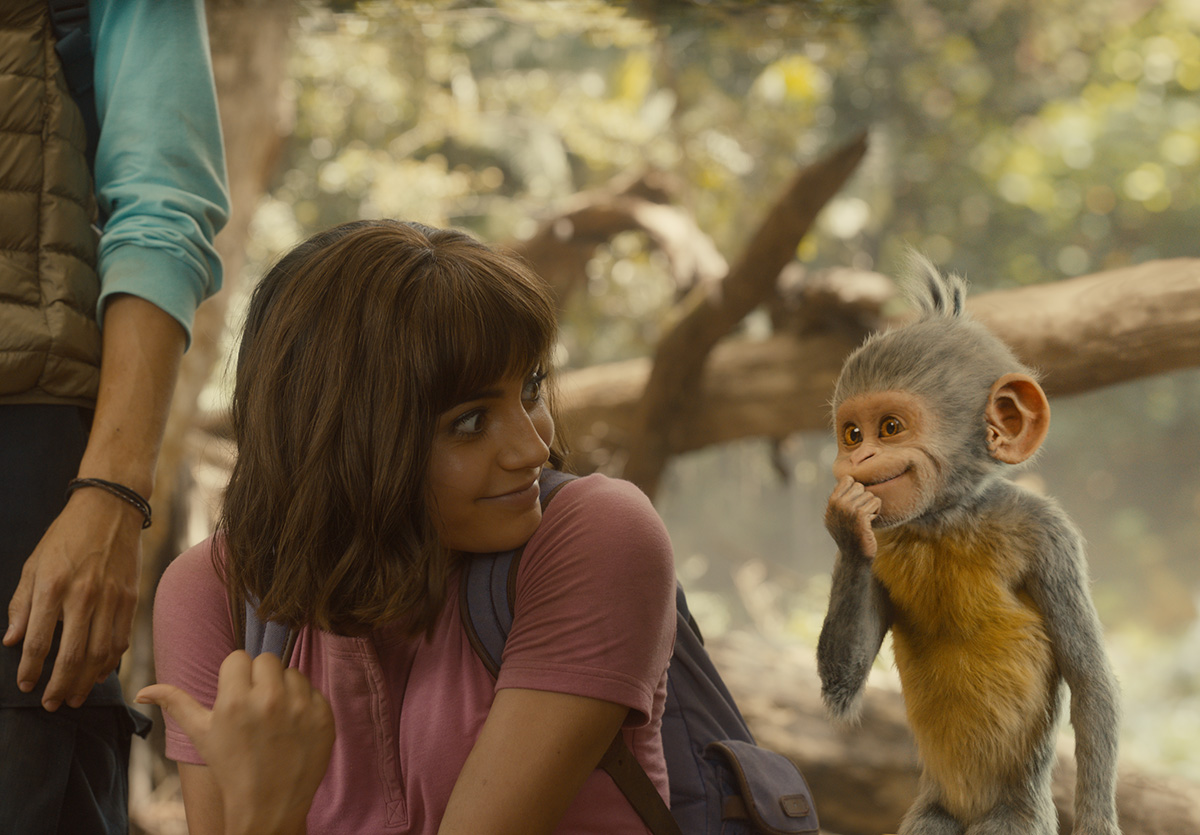 b&a: Can you talk about the methodology for shooting on set for scenes in which those characters would appear? What things helped with lighting and interaction with the other actors/objects?

Matt Everitt: We would rehearse the scenes with ‘stuffies’ along with the actors to give them a sense of the timing and weight of the characters. I also had cardboard cut out versions of the characters that I manipulated on the end of a long fishing pole. That way I could stay out of the eyelines and off camera while puppeteering the performance. This technique was also useful for blocking out broader pieces of action, guiding the characters around the physical space to see how best to choreograph and then shoot the scene.

I spent a day up to my chest in quicksand blocking out the performance of the scorpions. The more time we spent physically moving the characters in the space (in relation to the actors) helps relay that information back to the artists in the studio. 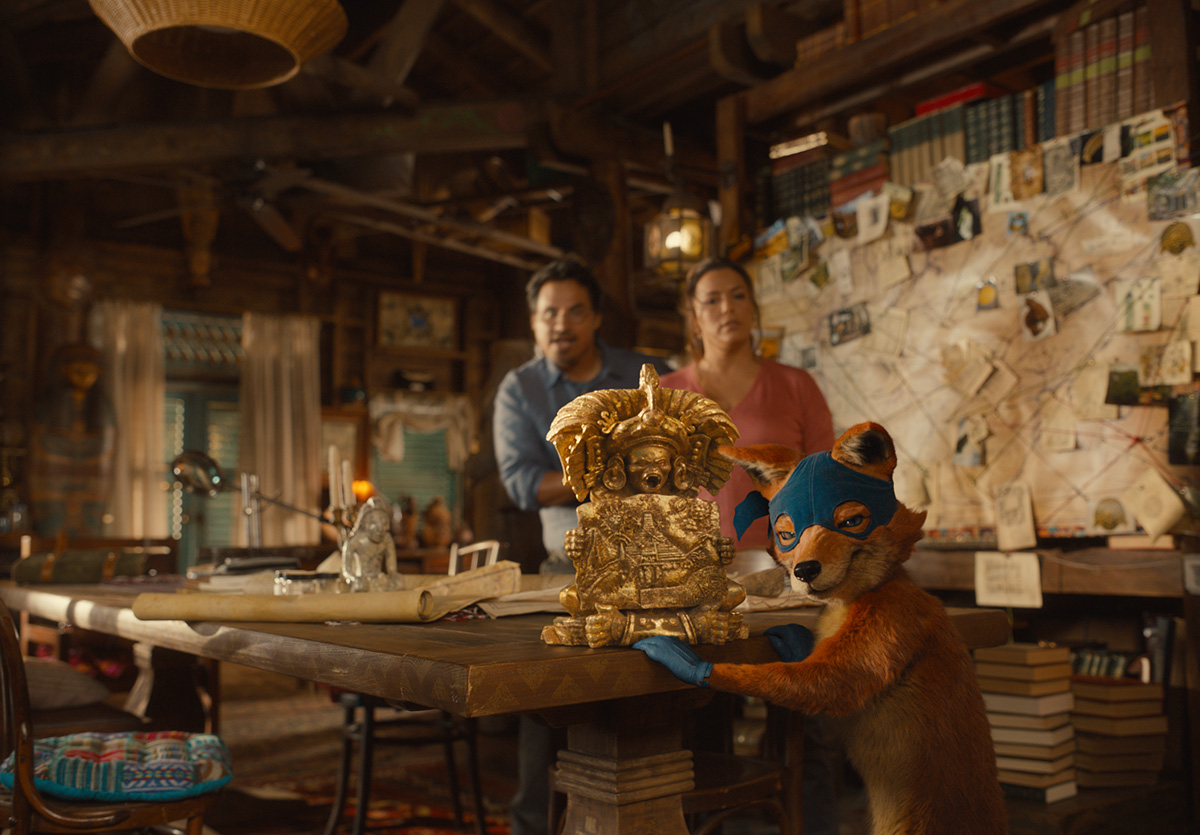 b&a: Before final animation was tackled, what things were done say in previs/postvis or any 2D animation/boards to insert the characters into the scenes?

Matt Everitt: We used something we labeled ‘Sketch-Viz’ to help block out the sequences as part of prep for animation and to help sell the story in screenings. My background is in 2D animation and I was particularly keen to use this process. We can convey action and emotion very quickly in drawings that sometimes gets lost in traditional pre/post-viz. It gave James the opportunity to try ideas and jokes very quickly and helped lay the foundation for the cartoony style of the show.

b&a: What were some of the very specific character challenges, such as fur, clothing, lighting and getting the final playful attitude of the characters on the screen?

Lindy De Quattro: Lighting was certainly a big challenge with Boots. Because his muzzle protrudes quite a bit and has a pretty abrupt change in surface topology from the rest of his face, we found that his look was extremely sensitive to lighting direction. We really couldn’t light him ‘correctly’ using mostly sun direction because the down light would blast the top of his muzzle and simultaneously make his eyes very dark. We called that image ‘scary Boots’. We saw it so frequently that by the end of production I’d say, ‘Oh this shot has ‘scary Boots’ again, let’s add a beauty light on his face and lower and soften the key.’ 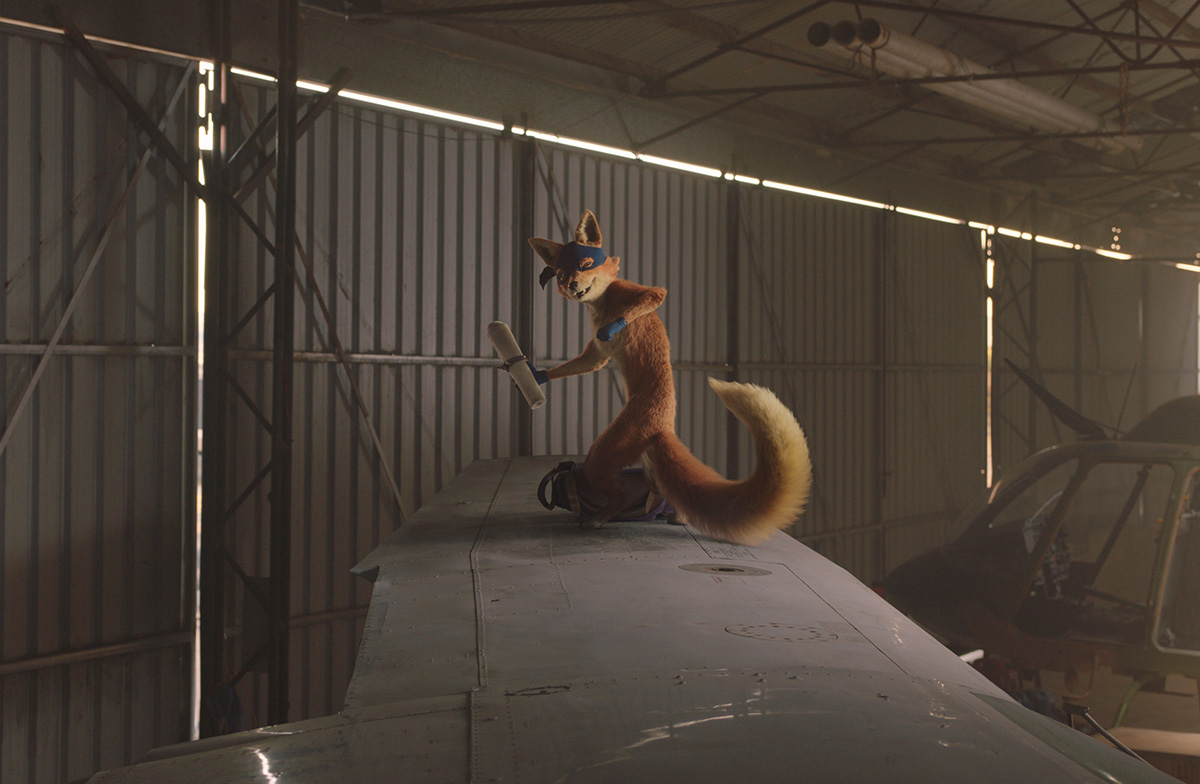 Adding little bits of interaction is always a great way to really ground the characters in the scene, so we added a lot of foot interaction, dust, leaves moving, and that kind of thing around the characters in all the shots. We also did a lot of interaction with cloth and hair by replacing them with CG when any of the CG characters touches one of the actors. In the scene of baby Boots eating the pillow at the beginning of the film, we replaced both the pillow and the blanket with CG versions to allow Matt and his team to make that gag as funny as possible.

Matt Everitt: The eyes of any character are always key. We spent time focusing on Boots’ eyes to help him convey emotion and not feel too ‘animal’. We needed him to show empathy and emotion and if you look closely you can often see Dora’s reflection looking back at him as he performs. 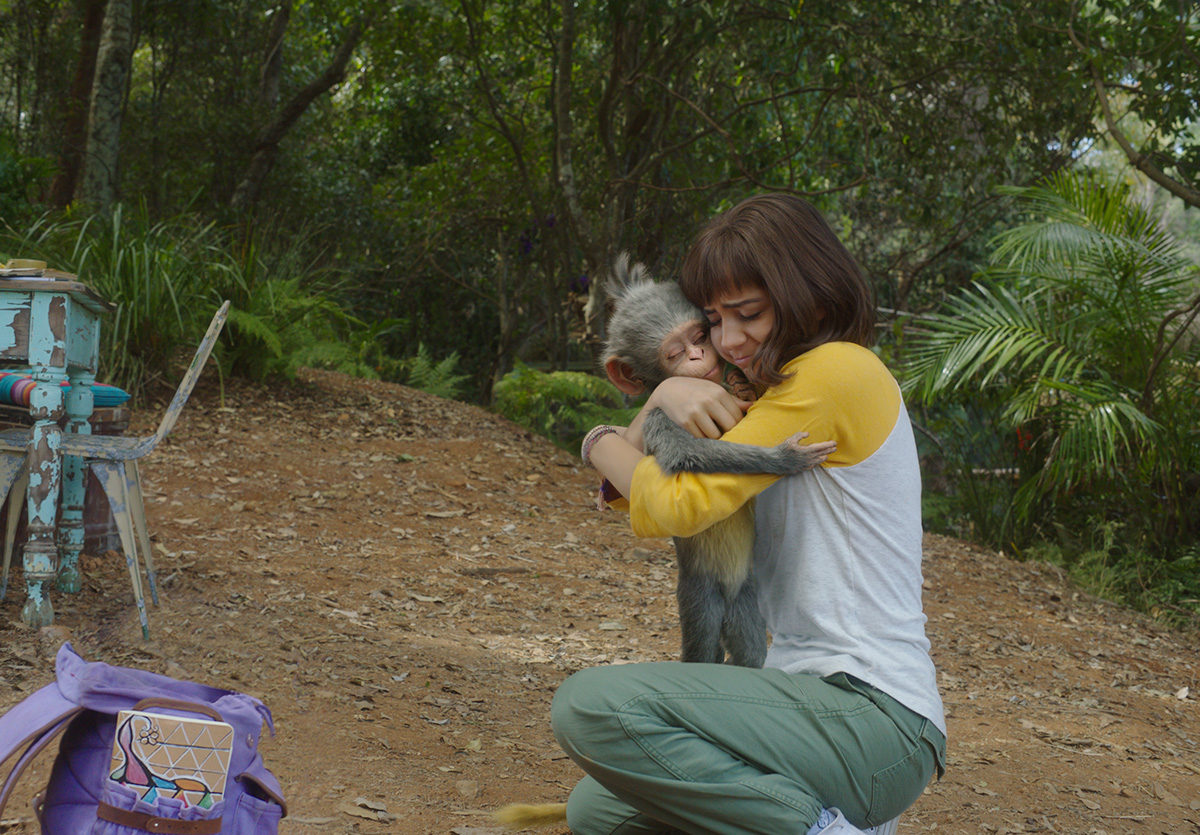 All images © 2019 Paramount Players, a Division of Paramount Pictures. All Rights Reserved.