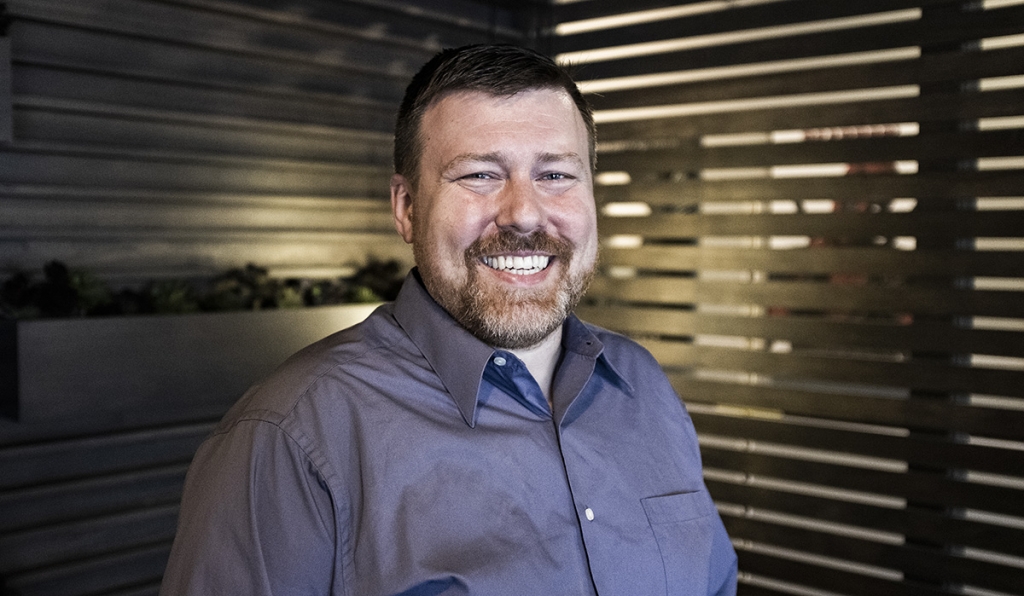 Digital Domain’s Deke Kincaid on making everything ‘work like butter’.

This week at befores & afters, we’re highlight VFX jobs that you might not always hear about. First up is Digital Domain senior pipeline supervisor Deke Kincaid.

Kincaid worked at various VFX studios and vendors, as well as Technicolor and The Foundry, before joining Digital Domain in 2015.

Now, you might think it’s obvious what ‘pipeline’ involves at a visual effects studio, but there’s of course a lot more to it, as Kincaid recounted to me at the Total Chaos event in Bulgaria just a few months ago.

b&a: If someone doesn’t know what a senior pipeline supervisor does, how would you describe that to someone?

Deke Kincaid: Pipeline is mostly the automation of everything. Especially as you become a larger company, literally every time an artist has to do what seems like remedial things to do, if you have that times a thousand people, that’s extremely expensive and takes a lot of time.

So a lot of pipeline is those kinds of things. It’s automating everything. Even when it comes to the handoff from one department to another. A modeller makes a model, they do what we call ‘publish’ it to our system, and then that goes on to textures, and then onto anim, and et cetera. You want that workflow to be very smooth. You want it to be like butter.

b&a: With VFX pipelines, can you make small adjustments or do you go all in and make big adjustments?

You try to target a section and greatly accelerate just that little section. It’s still significant in size, but then all along the time, as you go, you’re targeting little tiny pieces to make things more efficient. Artists will bring up things, ‘Oh this is really hard to do. This takes me 20 clicks to do.’ So we’ll come up with something that takes one click.

b&a: What was it, maybe during Infinity War and Endgame, and also with DD’s ramp up of digital humans in general, that let you tinker with things in the pipeline?

Deke Kincaid: Infinity War was the bringing of our face system full circle. The big start of our face system was around Beauty and the Beast. Our direct drive system was greatly accelerated in there. But then this new system, which we further developed for Endgame, was taking those pieces with that, and also a technology we call Bullseye for tracking all those pointed dots. Because if you have to have a tracker track every individual dot in the face, it’s going to take forever. So you need to automate doing that.

b&a: How did you implement that automation?

Deke Kincaid: So, Doug Roble’s group at Digital Domain will make these really cool tools. But they’re not interested in the how you get stuff from one place to another. We make what I call the less sexy glue. We make everything, as I mentioned earlier, work like butter.

With a facial capture system, you get hundreds, actually no, thousands, of all those HMC’s of the face. So you need a way of quickly taking those and publishing them into our system. And there’s a lot of actors, a lot of different shooting dates. You have to find a way to organize those. When they’re shooting on set, sometimes they’re doing that very quickly. So you need essentially an automated way of taking those, and collecting them, and essentially saying, ‘This take belongs to this actor for this shot.’

Some shows you’ll actually have multiple performers actually performing that character. Not so much in Infinity War, but we’ve used a similar technology on some commercials or game cinematics. And so, depending on the shoot day, we actually might not have the same actor playing the same person every time, so you have to say, ‘On this day, this actor was playing this character and this character.’ So we’re doing the glue, saying, ‘Hey, this performance from this actor played these ones, for the these actual shots.’

b&a: It might not sound sexy, but it’s important. Is that kind of batch processing all DD’s own code?

Deke Kincaid: It’s all our own code. Something like that you just don’t get out of the box. I mean, things like Nuke and Maya, they have APIs and stuff like that written in Python that you can hook into. But when it comes to what we need to do, there’s not really a system for that.

We have our own internal asset management system. It’s evolved over many, many years. It’s called Organic. And we also have a connection into Shotgun. So the artists and those more on the production side, they actually use that as their interface for doing things, for saying, ‘This artist is working on this shot for this amount of time.’ But also we use it for triggering, creating shots or creating assets.

b&a: What are some of the hard things to make that all happen?

Deke Kincaid: To be honest, it’s time because there’s a sense of urgency about everything. DD’s not working on one show we’re working on multiple shows. I’m in charge of multiple different departments. But essentially you have to decide who’s more important? Which fire is more important to put out? I only have so many TDs to fix stuff. Or sometimes a lot of people say stuff that’s a bug is really a feature. That happens all the time. Everything that’s a bug, half the time it’s a feature. It’s a feature request.

This week at befores & afters is #myvfxjob week, looking at a range of different VFX jobs that are out there.