It’s not live-action and it’s not motion capture, so what is it?

When Netflix and Blur Studio released the Love Death & Robots animation anthology earlier this year, one of the films that received a significant amount of attention was The Witness, helmed by Spanish art director and director Alberto Mielgo. Did this use live-action? Was it motion captured?

The answer, according to Mielgo, is no to both questions; The Witness instead relied on keyframing. The unique graphic-but-realistic style of the film, which follows the story of a woman witnessing a murder in the apartment across from her hotel, came also from the 2D painterly backgrounds, the use of Marvelous Designer for clothing simulations, and treatments given to just about every frame.

befores & afters asked Mielgo about his process in making the film, how his team realized the very unique visuals, and what his take on the audience reaction has been.

b&a: How did you come on board Love, Death & Robots?

I pitched them several scripts, and they liked them. And they ended up going with The Witness. It didn’t evolve at all from the original pitch. That was very much what I pitched to them. It did grow a little bit in terms of the style and basically the world itself. 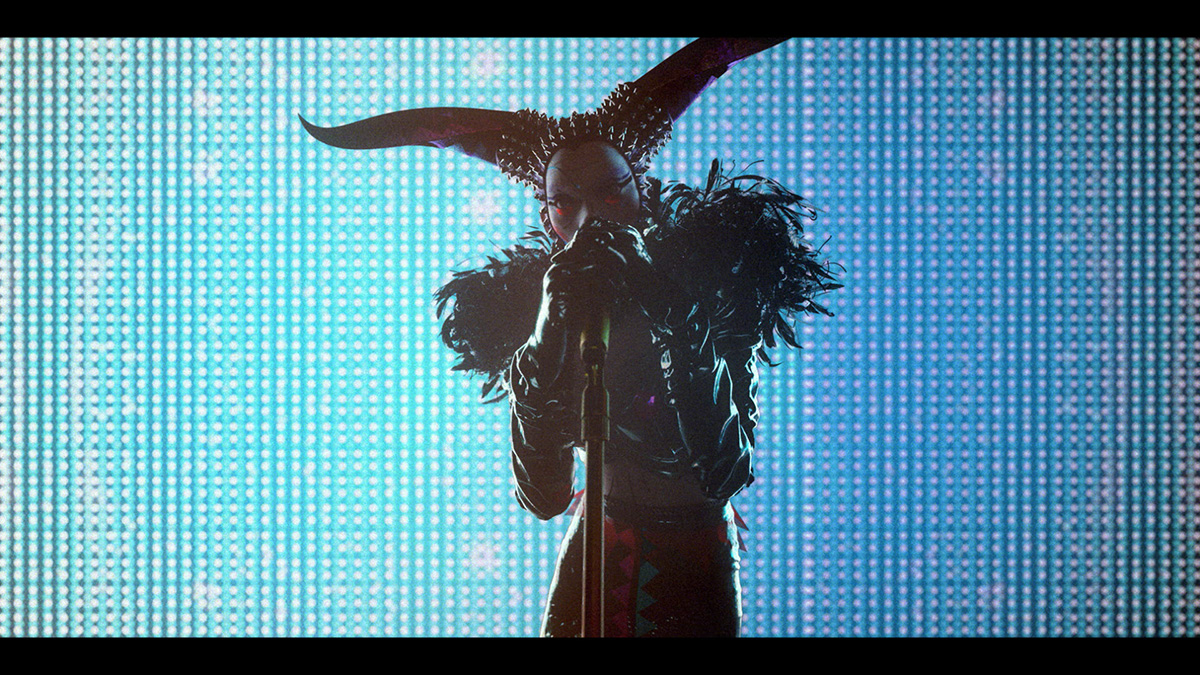 b&a: How would describe the style of The Witness? Can you give a name or description to your visuals?

Alberto Mielgo: For me, my main reference comes from cinema and paintings, not necessarily animation. I never try to copy any existing animation style. I couldn’t say this is anime. I couldn’t say that this is Disney or Pixar. It’s just things that I do without trying to fit anywhere.

My main rule when I do painting or when I do any kind of art is always impressionism. The description of impressionism is very simple, that is, it’s whatever the eye can catch with just a glance. And that’s something that I always follow when I do any art and this is what I was saying to the animators. This is something that I was saying to my painters, and we were basically trying to depict realism but in a graphic way. In Pixar films they tend to render absolutely everything, but there are a lot of things that are not actually needed.

When you see our paintings in The Witness they look very rich, but when you see them from up close, they’re actually extremely simplified. And the characters are the same. I like to sit close to the characters. They are almost alien-looking with weird proportions. And visually we wanted to have a mystery piece. I couldn’t have a cartoon-like woman getting nude. That would be a little bit bizarre.

I think when people see The Witness they are a little bit tricked by the amount of impressionism or the amount of graphic realism. It’s difficult for them to process, because they don’t understand – ‘What is lacking here? There is a lack of something.’ There is a lack of something that realism has, but it works the same as realism, because we are just using just the important stuff to make it work. 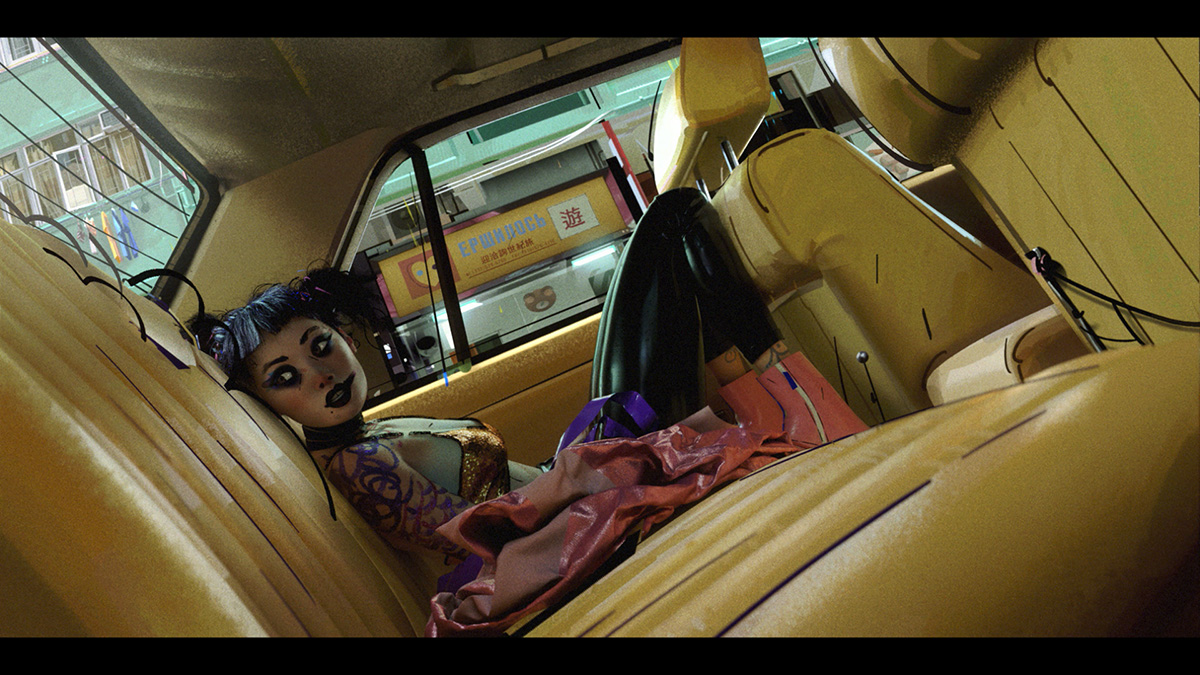 b&a: One of the very first reactions that audiences seem to have had to The Witness is that they at first think that it’s live action with some sort of overlay or augmentation. But is it in fact all keyframed?

Alberto Mielgo: That’s correct. This is keyframe animation. It’s something where people are writing to me like, ‘Hey, you have prove this!’ And it’s like, ‘No, I don’t have to prove anything.’ But I will do a bit of like a tiny making of, just to basically fuck up people’s minds a little bit more, in fact.

So, animation at Disney and Pixar is keyframe animation, as well, of course. The problem is that the characters are not realistic in proportions. But when you see these Pixar or Disney animations, they are extremely real, and they really transmit incredible feelings, because their acting is fantastic, right? The animation is really realistic, because they use themselves as reference.

I think that with The Witness we achieved that level of animation. But because our characters are real, I think that people are having a problem really believing that this is not motion capture. 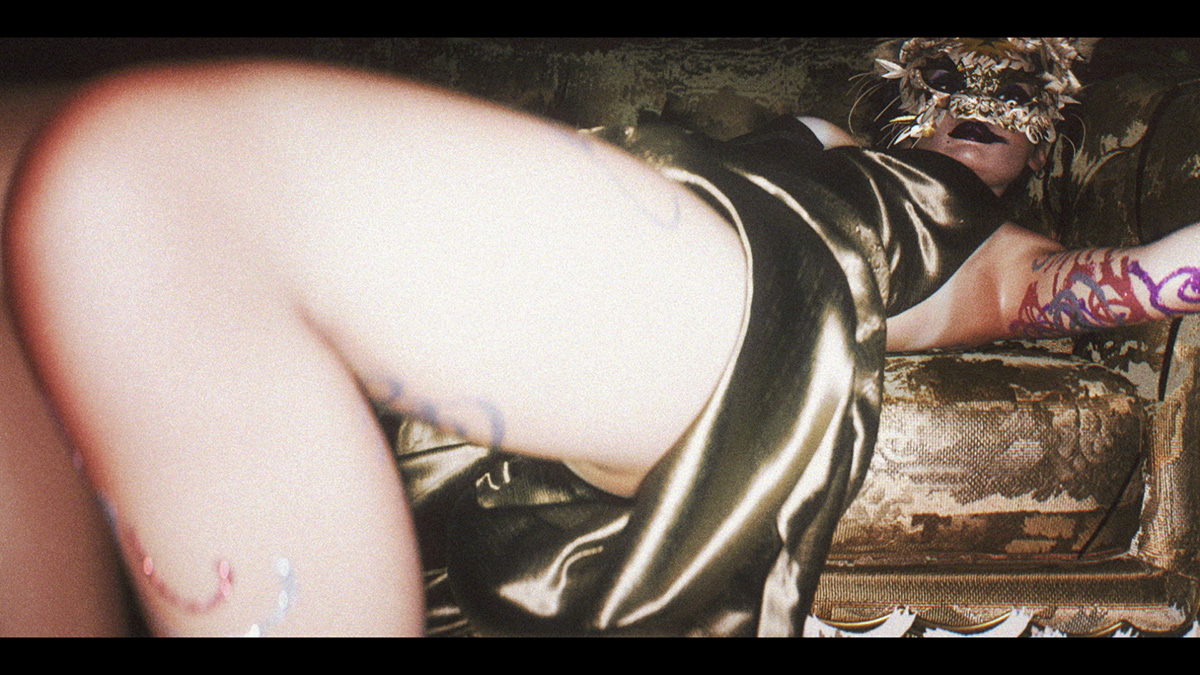 b&a: It isn’t just the gross movement of the characters, but it’s also their clothing. There’s just something extra, something you’re doing. Can you tell me about your approach to the clothing?

Alberto Mielgo: We are using Marvelous Designer. I’ve always liked the program, because I like fashion myself, and I really like characters wearing beautiful clothes. And also the clothes define the personality of the character, right? So, you ask, ‘Why are they wearing these clothes?’ Or, ‘Why did they choose those clothes, in particular?’

Now, Marvelous Designer is a program that is not really for a pipeline, for a studio pipeline, or for a long project pipeline. It’s really to do like catwalk simulations, but it’s not really to do complex things like wearing a jacket or getting undressed, things like that. So we needed to figure out a way of doing it. We were trying with different programs, but I didn’t like the final result. It wasn’t real, but Marvelous Designer is actually very real.

The dynamics that these guys were creating in order to produce fashion – which is originally why they created the program, just for fashion – the dynamics that they were creating, they were amazing. And the simulations and the movement of the clothes, it was the most beautiful. And because I didn’t need the cloth to move in any specific way, I just wanted the cloth to feel natural. Clothes in real life, they’re impossible to control, so I thought it was the perfect program. We needed to create a pipeline. We needed to cheat. We needed to make a lot of tweaks. We needed to do things on camera that only work on camera, but if you move the camera slightly, it’s not working. We needed to do a lot of things in order for this cloth to work properly. But the final result was really cool. I mean, I really like the movement and it feels very natural.

And then of course for the shading of the clothes, which was done by our master surfacing artist, Zeno Pelgrims. He was able to create very graphic but at the same time realistic shading for the clothes so that they actually look like really real but in a way they’re also impressionistic. Every single department was driven by that rule – realistic but graphic. 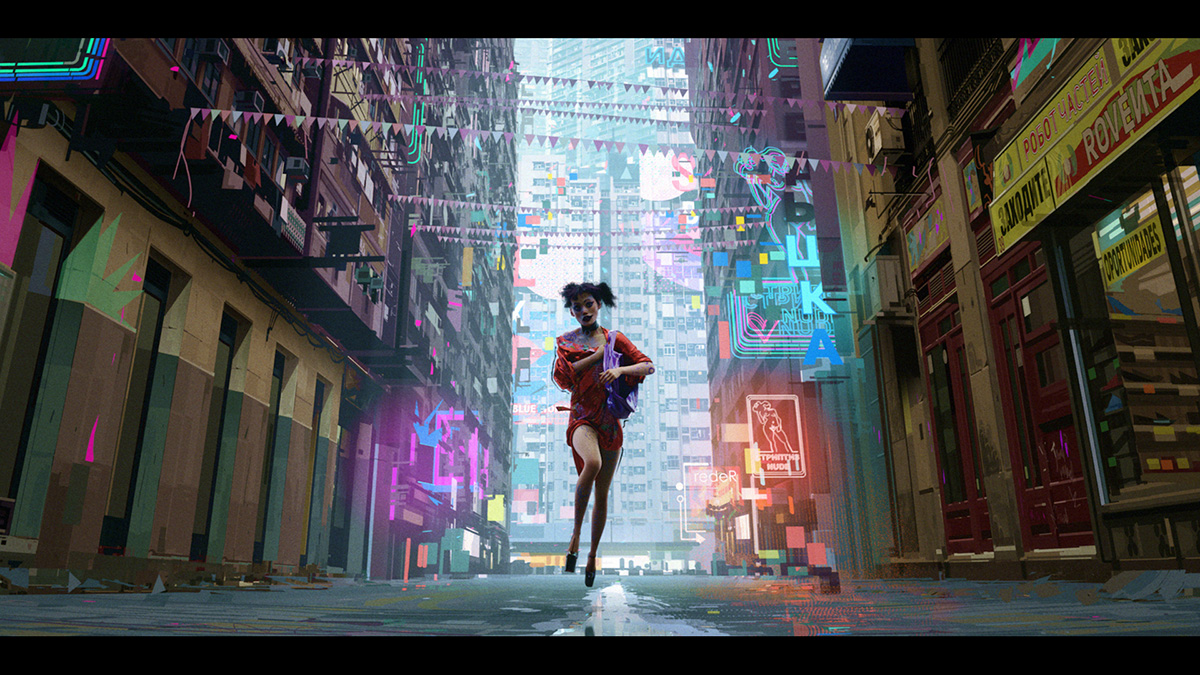 b&a: What was the overall rendering approach, as well as final treatments that gave the film that graphic style?

Alberto Mielgo: I think lighting has a really major role in this. Usually in 3D you actually light characters inside of a 3D set. You basically put in your lights, and then you put in your character, and everything reacts with those lights. And there’s bounce lights coming from the set that they actually bounce off the character. But in this case we didn’t have 3D sets, we had paintings. I was basically giving the paintings to the lighters, and I was describing how I painted it, where the light source was coming from.

For example, look at the exteriors. First I was doing the paintings, and then because it was overcast we needed to figure out, ‘Okay, how can we put this character in the street so that it actually looks as if it’s inside of the painting?’ Because the painting has realistic light, so we basically needed to match that.

And what we had was a flat painting, instead of being inside a 3D set. Then afterwards – and I think that this is something that has also created this sort of scepticism in people, like, ‘How did they do this?’ – after the shot is fully composed and fully rendered, I was basically taking every shot, and I would play with the levels. And I was thinking about how a camera thinks when it’s overexposing light or how a camera reacts when a character is passing. You know, if a character is passing very fast in front of the camera the exposure of the camera all of sudden changes, and then it gradually goes back to the original. So I was basically playing with that a lot.

I wanted the camera and the lens to feel alive. And all this is done manually. And it provides for a lot of realism because it really looks like a real camera, but it’s just playing with colors, playing with filters, sometimes just a mix of colors on top of the camera creates that effect. So it looks very manual and very artistically done, just to achieve something that is realistic. 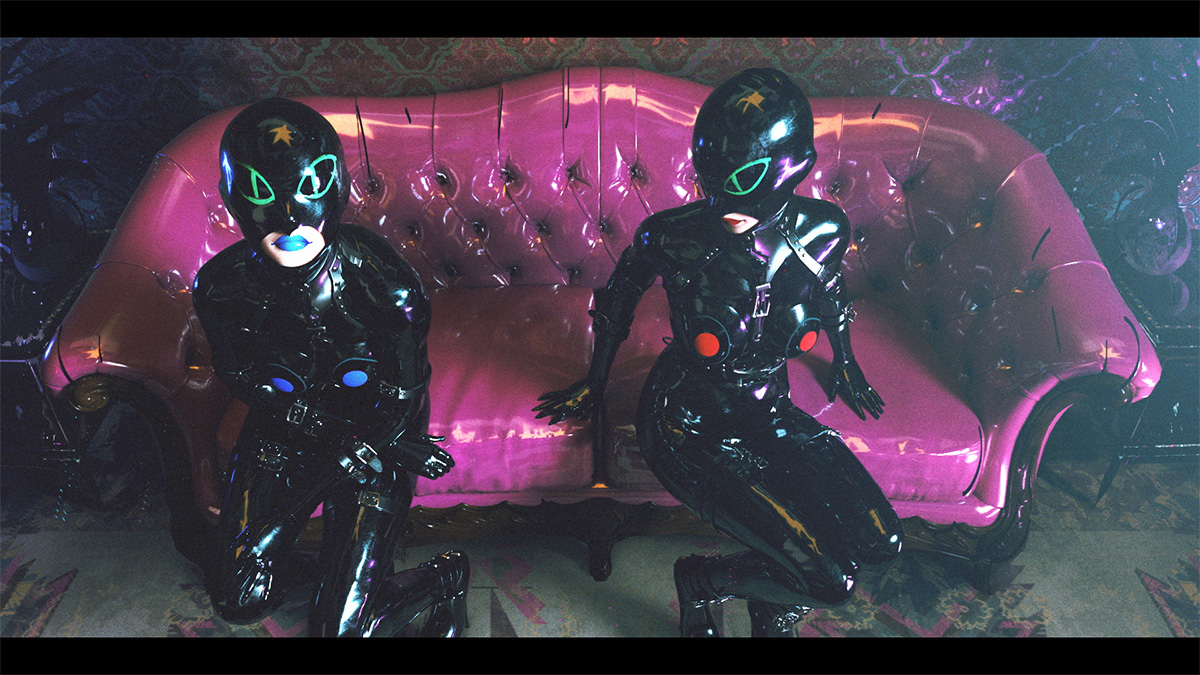