Neo looks at his hand; fingers distended into mirrored icicles that begin to melt rapidly, dripping, running like wax down his fingers, spreading across his palm where he sees his face reflected.
– The Matrix by the Wachowskis

Remember that crazy moment in The Matrix after Neo takes the red pill and seems to be consumed by some kind of mirror goop? It’s a stand-out moment in the film and one that was tackled by Australian visual effects studio D film.

befores & afters asked two of Dfilm’s crew members who were there in the late 1990s specifically about the tracking and ‘goop creation’ for those memorable shots.

Sally Goldberg (computer animation supervisor, Dfilm): Peter Doyle (Dfilm executive producer) and I worked with the film’s visual effects supervisor John Gaeta at Mass.Illusion in Lennox, Massachussets on Eraser in 1996, and kept in touch with him after that. When it was decided to make The Matrix in Australia, John talked to us as he knew our abilities and we knew people on his team. We got involved in the early stages of production, working at the studios on design and previs and having meetings with the Wachowskis.

Dominic Parker (CGI lead animator, Dfilm): I was invited down to Dfilm from the UK by Sally Goldberg. My kids were really young at that point and it was easy for me to take the whole family out which worked really well.

Sally Goldberg: The boards and artwork for The Matrix were immaculate – they spent many years planning that film. Pretty much every sequence was well boarded and they tended to shoot to the boards. The reverse shots for the mirror’s reflection were well planned and executed and used proper physics to get the angles just right.

The tricky task of tracking

Sally Goldberg: Tracking was the big issue on this sequence. Neither camera tracking nor body tracking tools were great at that time, and we didn’t have any sort of matchmove department. It was pretty much impossible to get this a perfect match and a lot of warping was required in Cineon afterwards to make it lock. I can’t remember if we used 3d tracking software for this, but if we did I think it would have been Boujou. 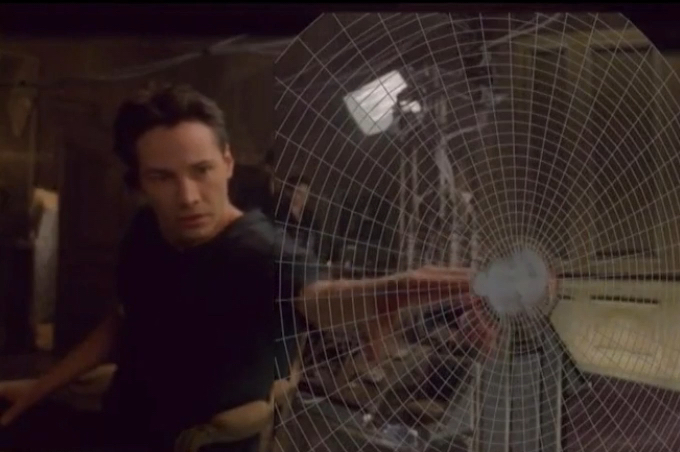 Dominic Parker: I felt pretty confident that if we could get a good track, all the other aspects would pull into play. So we did some tests – we shot some liquids running down planes, like a piece of glass. We were looking at the leading edge of a liquid and that kind of thing, actually maybe we even did some rotomation of those so we could get realistic edges or maybe we turned mattes into geometry so we could get those kind of edges. The problem was to get a body track, which of course nowadays is easy, you send it off to matchmove and you’ve got your body tracking expert and a well-rigged model.

In those days we were a little less pipeline, less organised and it was much more DIY. We probably got a good camera track, I can’t remember what software we used in those days. I have a feeling I might have done most of that myself. It was done less as a whole body thing than whatever part of the body we needed to lock in at that time. One other thing, and this was the costly trick that really made it work, was that we played out our body track limb as a checkerboard and locked that to the body with a 2D morph – probably tMorph or whatever ancient software it was then! And then we ran that CG process over that same morph and that locked it in.

Sally Goldberg: We animated the gloop and mirror surface in Houdini, using the animation tools rather than any simulation. It was that sort of sequence, where its motion was so specific that a simulation would just get in the way. 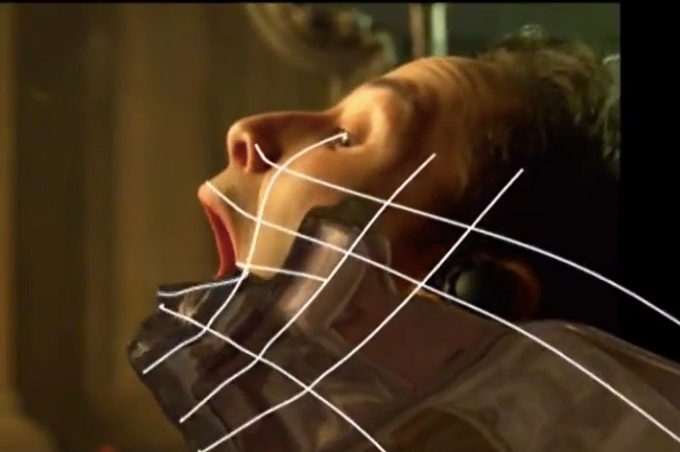 Dominic Parker: Technically it was not very sophisticated, with no liquid sim’ing or anything, it was much more dealt with shot by shot. These days, I deal with a lot of effects artists. I really do try to encourage them, who so often have the mentality of ‘it needs to obey the laws of physics’, to re-think things. We’re constantly trying to break the laws of physics in order to make something look good in the context in which it plays. I do try to encourage people to look at the shots, look at the sequence and figure what the shot needs. If it needs something to blow up in an absolutely unrealistic or unphysical way then that’s fine – it’s sometimes just about what looks good. Going back to the mirror shot, it just works. It works because shot by shot the weirdness of it progresses at the right rate. And that is bound by the direction of it.

Sally Goldberg: There was a buzz on set during the making of The Matrix and a lot of tension throughout – it was clear that they were not seeing it as just a little science fiction film. The plot was a bit similar to Dark City, so to some extent we had been thinking it would be somewhat like that. We had not expected it to be the cult classic it became, or indeed to win an Oscar for the VFX.

Dominic Parker: At some point they put together a little sizzle reel, about half-way through the shoot. They got the crew in and nobody really knew what this film was gong to be. They showed the hotel lobby sequence, which had some kind of fantastic techno track over it. People came out of that with their jaws hanging open thinking this is something quite I’ve never seen anything like this before. I remember that it had a fantastic galvanising impact on everyone working on it. And you came away from that thinking that this is going to be something pretty cool.

Sally Goldberg: My kids are still really impressed by the meme, ‘There is no spoon’, and that I was the one who made the spoon at Dfilm – which is all good fun. Compared to later VFX films such as Harry Potter, The Matrix was done in a small way, we were welcome on set and fully involved. We had a small team and were able to contribute a lot individually to the effects. Dfilm was in no way a factory studio, and we had a team of about 12 artists and a producer. On the flip side, it was really hard work and quite high stress as we had a lot to do, the clients obviously had very high expectations. But all in all, it was fun, exciting, stressful and very hard work!