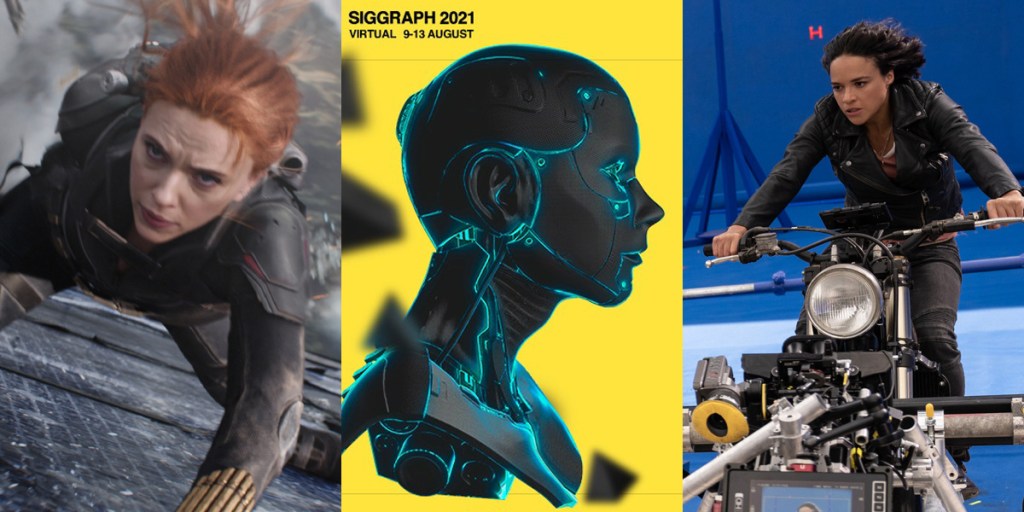 Hugo and Ian discuss movies and more in this latest episode.

Hugo Guerra from Hugo’s Desk and Ian Failes from befores & afters are back with episode 3 of VFX Notes. We offer our thoughts on what we’ve been watching, including Black Widow, give a preview of SIGGRAPH 2021 sessions, talk about why VFX artists need to know LUTs, and enter the discourse on CG vs. practical filmmaking.

You can listen in at Apple Podcasts and at Spotify, or via the embedded video below, which includes clips and images. Also below, a quick overview of the episode, and some detailed show notes. Also, here’s the RSS feed.

1. What we’ve been watching

– Much of the conference programme has been announced, with main sessions happening 9-13 August

The Making of Marvel Studios’ WandaVision, The Falcon and the Winter Soldier, and Loki

ILM Presents: The Visual Effects & Virtual Production of “The Mandalorian”

Featured Speakers (Ian’s program). Amy Hennig from Skydance New Media is one of the speakers.

Pixar’s ‘Soul’ and the Search for Authenticity

The Tech and Art of Cyberspaces in ‘Cyberpunk 2077’

– Videos to check out, below

4. Things we’ve seen on the web that people should check out

– The Insider piece on F9, below

– Some relevant F9 links: Post Perspective article, and DNEG’s posting about their work

– In The Heights article