We all know that destruction is a big part of so many VFX shots. But as a VFX artist or studio, you might not have time to go out and shoot the right debris elements, or generate them in CG. That’s where ActionVFX can come in handy; they have a whole bunch of exploding dust, debris and associated stock effects elements – real and rendered – that can be used.

Here’s a quick run-down of how ActionVFX’s stock footage was used to make a meteor impact shot. The brief guide is below, followed by an in-depth After Effects tutorial video. 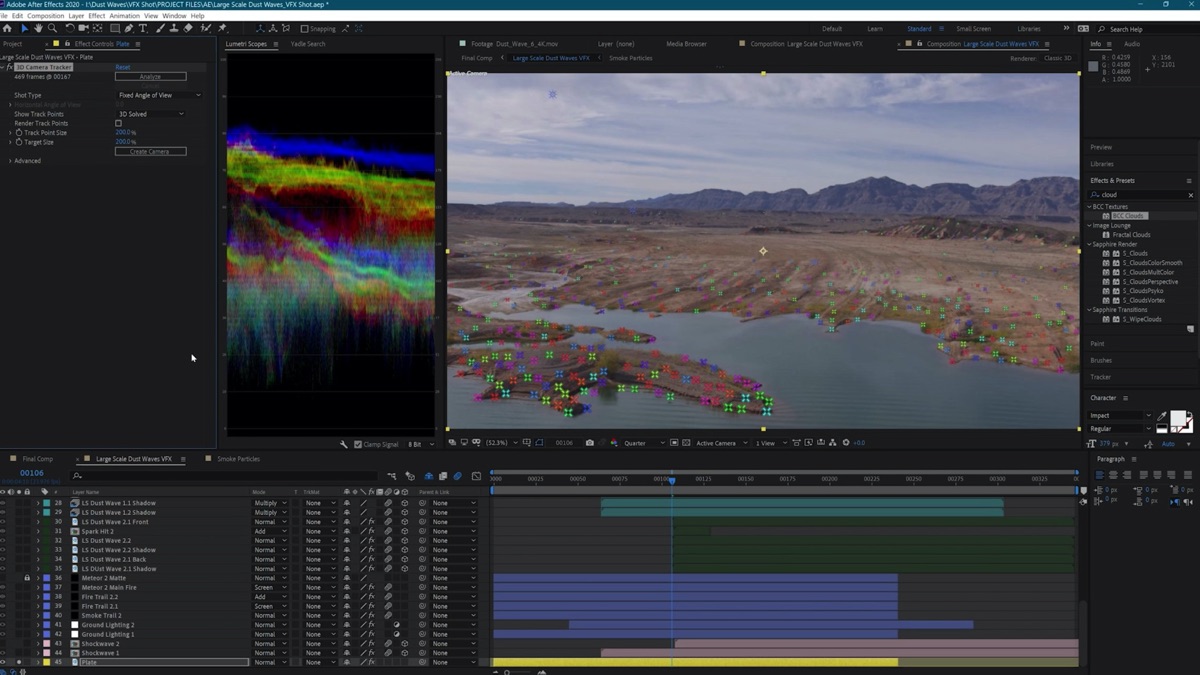 The original desert and mountain plate here is stock footage from FILMPAC. To start off the meteor impact shot, begin by tracking the shot with the 3D Camera Tracker in After Effects and create a 3D camera.

2. Bringing in the stock footage 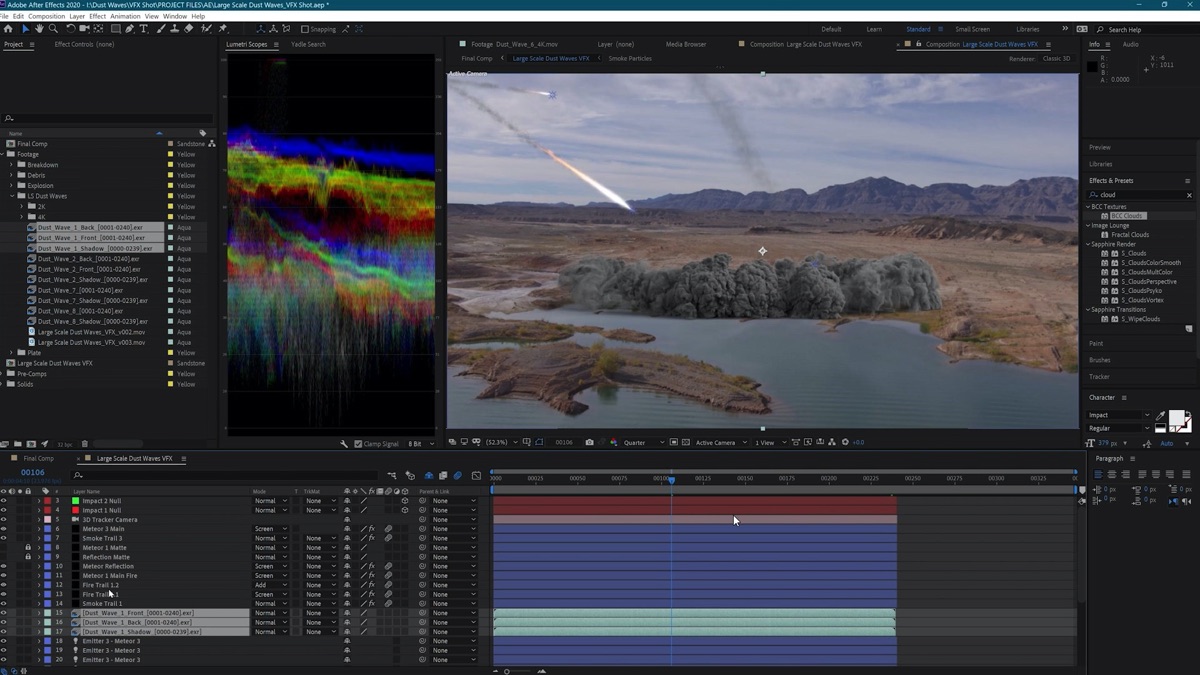 The meteors themselves are generated by TrapCode Particular here, with their impact hits crafted using ActionVFX’s Large Scale Dust Waves effects elements. There are 20 large scale waves to choose from, all available at 2K or 4K resolution at 23.976fps, with a number of render passes available: shadow, normal, separate light passes, motion vectors and depth. 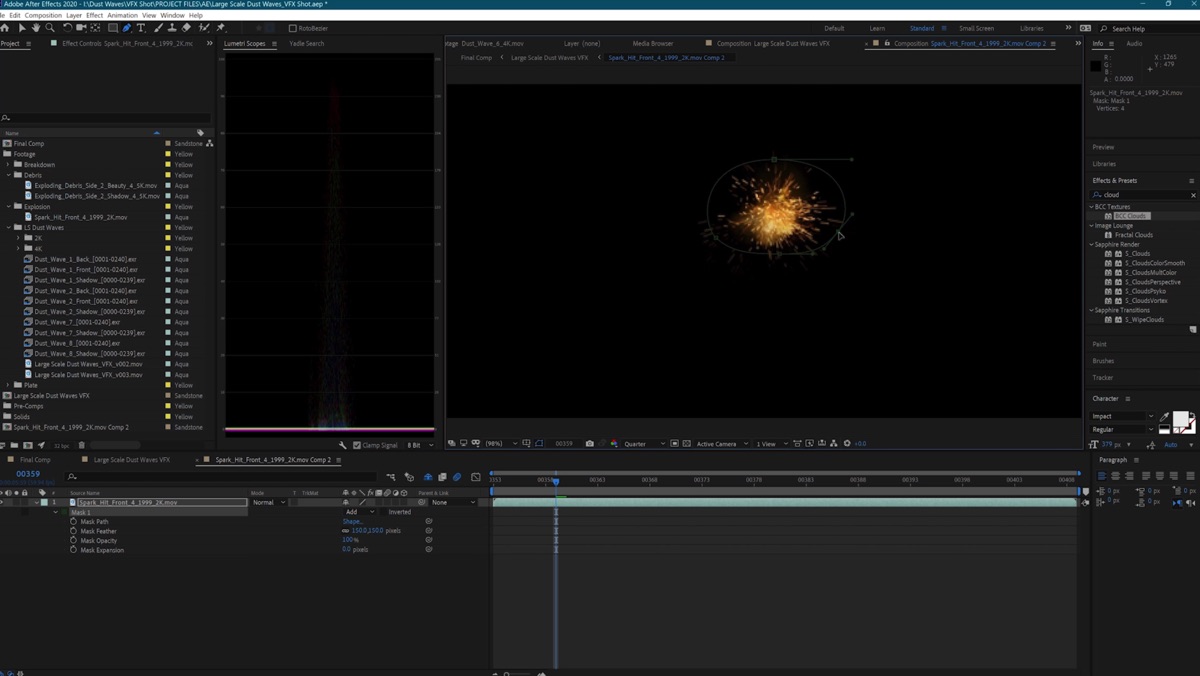 The elements added at this stage are from ActionVFX’s Exploding Debris Vol. 2 and Spark Hits Vol. 2 footage. The elements are positioned in 3D space to line up with the impact. The spark hit involves adding a mask to remove the bottom section of it from the final impact. 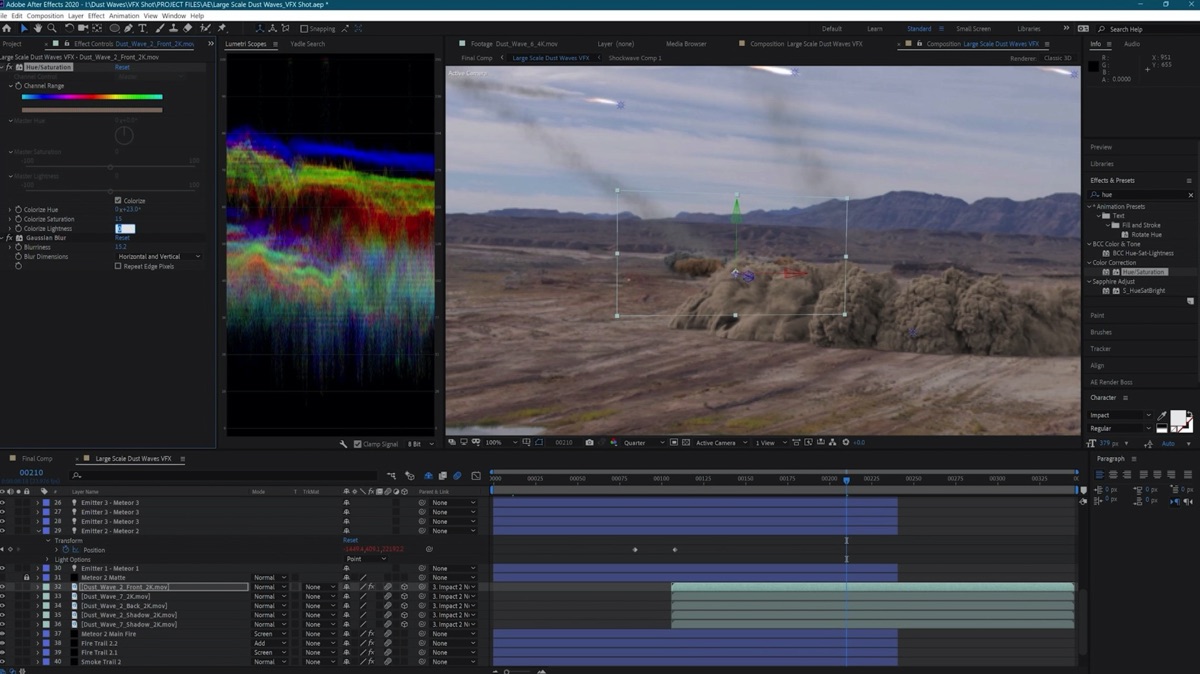 The elements, of course, do not match the lighting of the live-action plate. The lighting can be adjusted using the separate light passes that are in the EXR versions of the Large Scale Dust Waves. Color fixes can then be done with the Colorize option under Hue/Saturation, along with other After Effects tools.

5. Extra impact with a shockwave 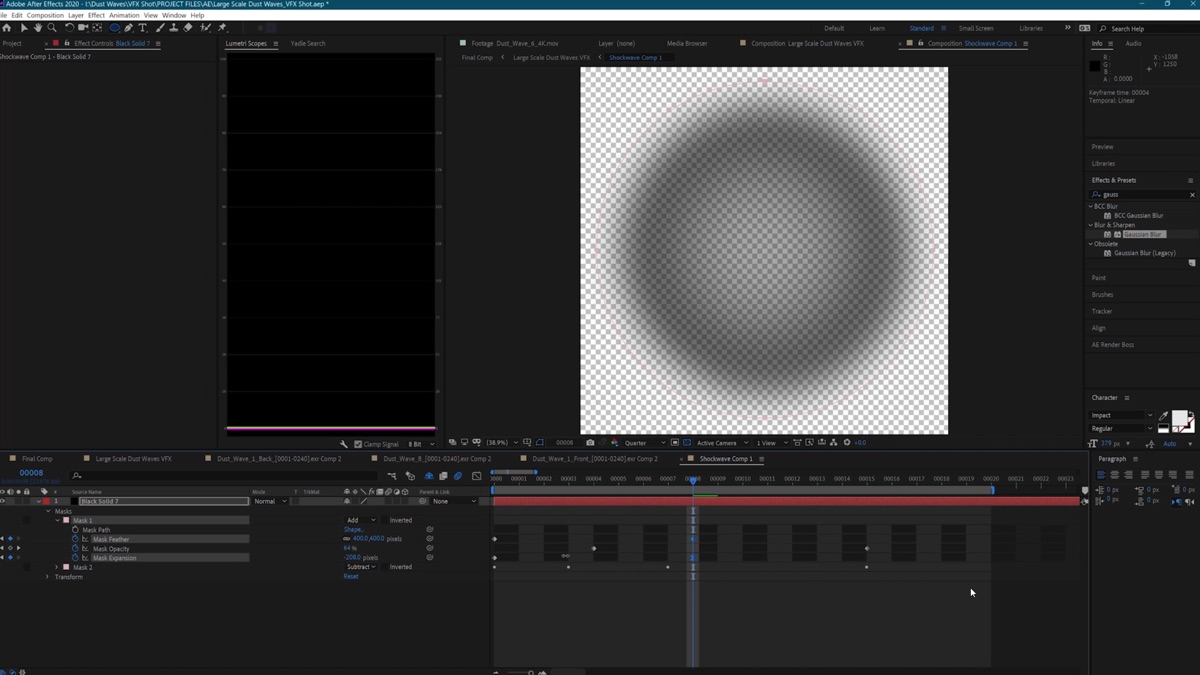 Emphasize the impact by creating a shockwave. You can do this by adding a new solid, adding a circle mask and setting some key frames for the path of the shockwave. Other adjustments will let you adjust the expansion. Then, er, boom, you have a shockwave!

Now, check out the full tutorial below for a step-by-step run-down of making the meteor impacts and using the Large Scale Dust Waves ActionVFX footage.

Don’t forget to visit the ActionVFX website for a full range of effects stock footage.

Sponsored by ActionVFX:
This is a sponsored article and part of the befores & afters VFX Insight series. If you’d like to promote your VFX/animation/CG tech or service, you can find out more about the VFX Insight series right here.