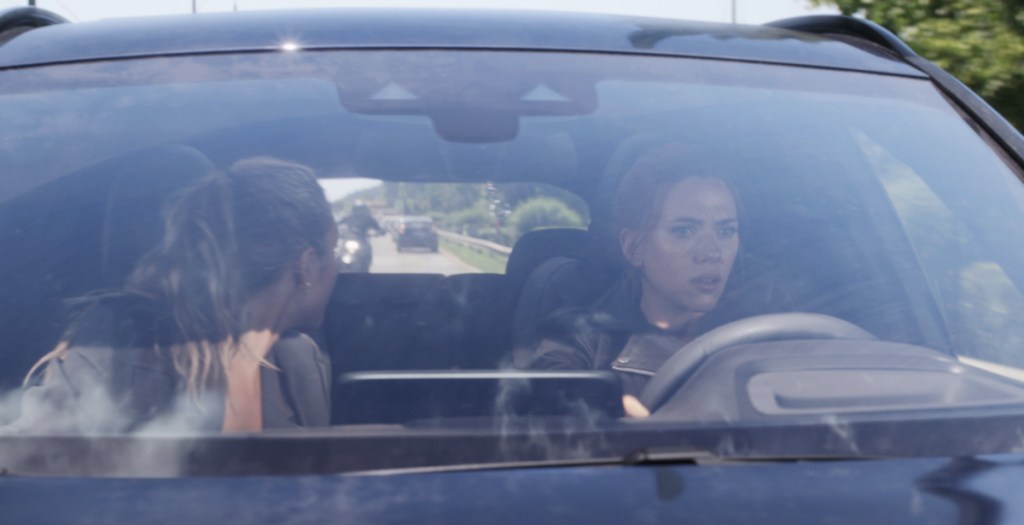 ILM breaks down their role in the motorcycle and heavy vehicle smash-up.

Re-united in Budapest, Black Widow ‘sisters’ Natasha Romanoff (Scarlett Johansson) and Yelena Belova (Florence Pugh) soon encounter several adversaries and take to the streets, on a motorcycle and a car, to evade their pursuers, including a tank.

The sequence was made possible with practical shooting and special effects filmed in Budapest, and then augmented with digital visual effects work by Industrial Light & Magic. befores & afters asked ILM visual effects supervisor Craig Hammack how it all came together.

The chase scenes were filmed on closed-off Budapest streets over a month-long period. Darrin Prescott was the second unit director on the sequence, with Paul Corbould serving as special effects supervisor. “The special effects team built a few of the big Taskmaster tanks,” outlines Hammack. “We got those into the streets and we had probably four BMWs out there in various stages of destruction. We actually launched a BMW with an explosion up in the air on a Budapest street.”

“Where we couldn’t shoot, we did array shoots,” continues Hammack. “So we had a driving array that we would drive through the path of travel and then later on there was a bluescreen shoot with the actresses to actually put them in a BMW and on bluescreen where there were some projected lights. Then we had to take that and marry it into the scene by projecting the array footage onto the LIDAR scans of the streets and recreate the car travel where we put the bluescreen elements in.” 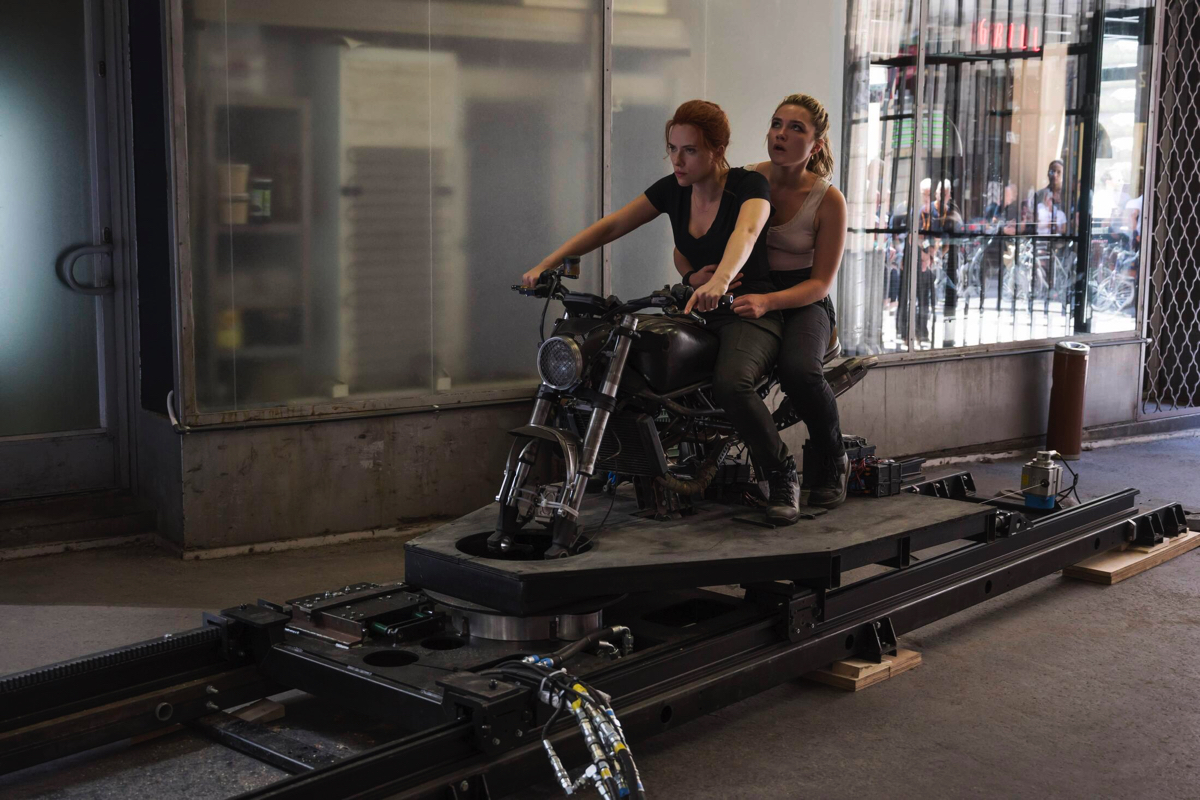 One signature moment in the Budapest chase sees Yelena orchestrate the removal of one of their followers by smashing out their car door into a pole, and causing the follower to crash her bike.

“There was a great bit of previs put together for it which the stunt guys then took on,” says Hammack. “We went out to that street in Budapest and they had rigged up a pole and we had a BMW that had the door off and one that had the door on. So we ran the array down to do the interior shots with Scarlett and Florence. But we also had stunt drivers out there actually doing the move, the spin around, and into a reverse, and driving, then spin back around, so there was a real car with real stunt drivers doing that.” 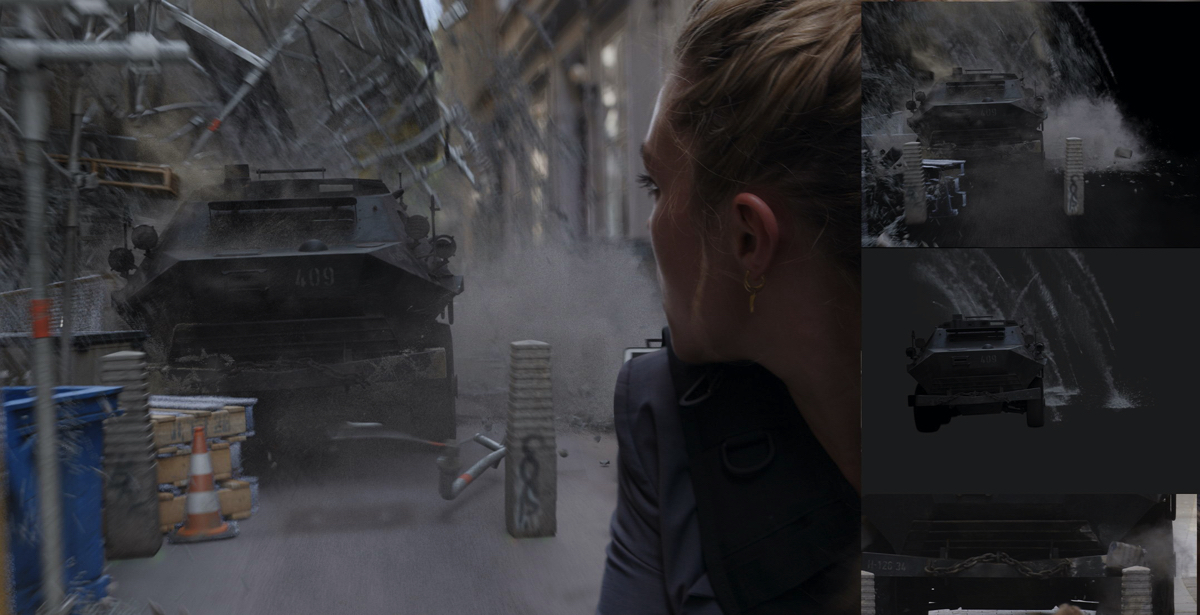 “Then, at the Pinewood Studios in London, they had a stage where we had one of the BMWs with the door removed. It was on a turntable motion base, so the car could do a little bit of turning and a little bit of a dynamic move. In post, we built the car, we built the door, and we did the destruction of it, and then a CG motorcycle rider in the back for the hit.”

Hammack notes, too, that the actual motorcycle stunt was done in Budapest with a rider, with ILM taking over the shot just to add an extra level of dynamics, and to add the door. “There was quite a bit that was real there, which is nice. We don’t usually get as much as we got on this movie. So it was really a pleasure in that way.” 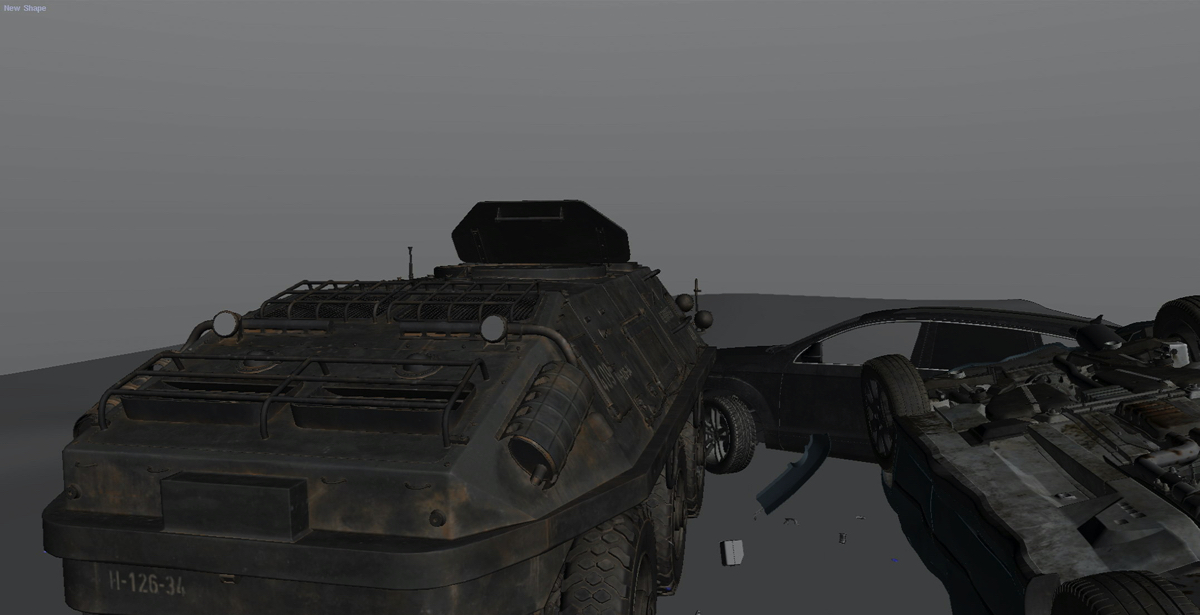 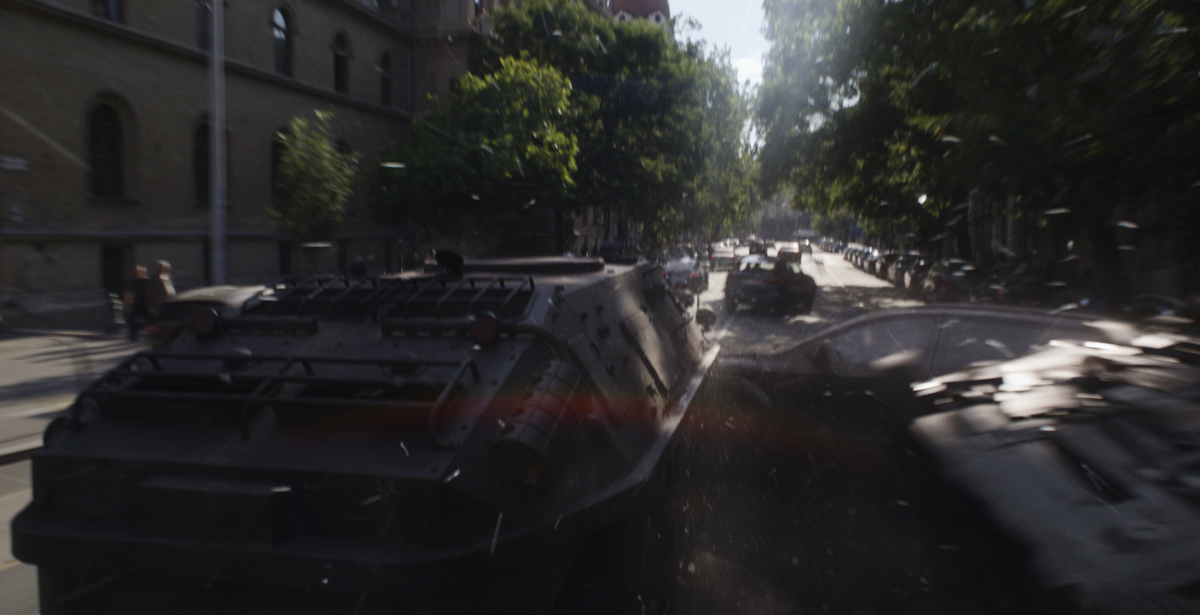