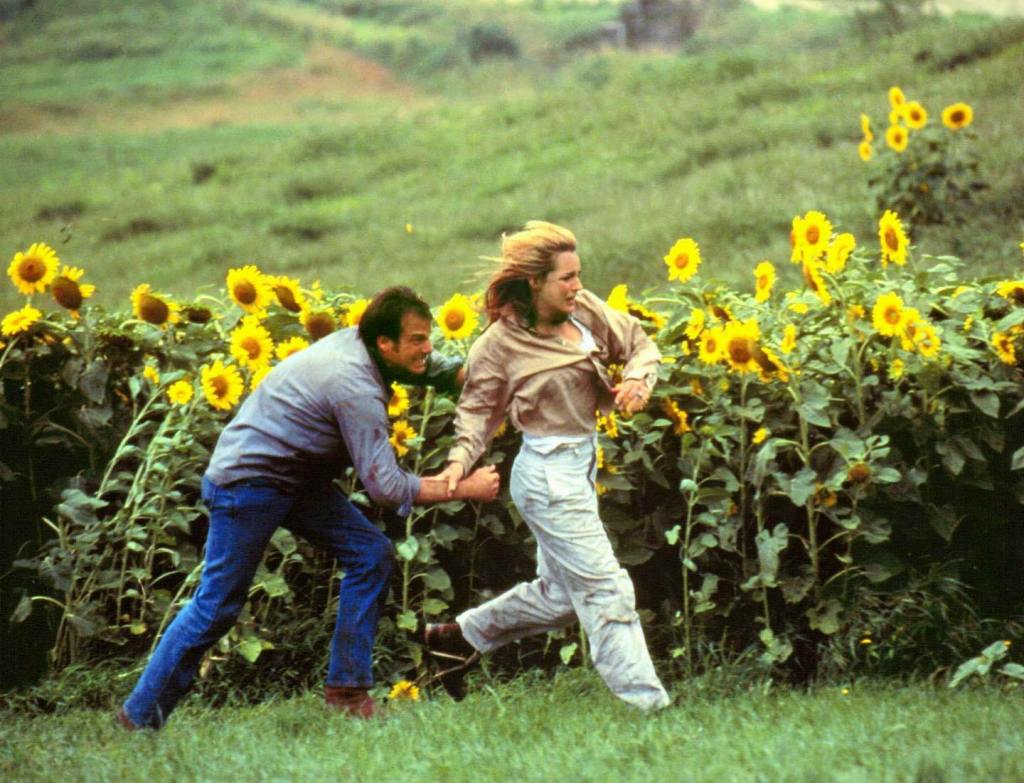 ‘I’m in trouble. They’re not going to grow.’

In the final climactic moments of Jan de Bont’s Twister–celebrating its 25th anniversary this week–the characters played by Helen Hunt and Bill Paxton dash away from a giant tornado about to sweep up a whole barn (and them). In doing so, they run past a field of sunflowers, specially planted for the scene.

Now, many readers will of course know about the incredible combination of practical effects (from special effects supervisor John Frazier) and nascent digital effects by ILM (overseen by visual effects supervisor Stefen Fangmeier) that brought scenes like this in the movie to the screen. Put simply, it was a mammoth undertaking. But what you might not know is how hard it also was to craft the desired number of sunflowers for that particular moment.

Luckily, Frazier was part of a recent 25th anniversary Twister panel I happened to moderate recently as a ‘PreVIEW’ to the VIEW Conference, and the special effects supervisor shared the last minute effort to get enough sunflowers on screen:

We had an incident where the greensman came up to me and he said, ‘I’m in big trouble. I don’t know what to do.’ And I said, ‘What’s the problem?’ He said, ‘Jan wants that whole field full of sunflowers.’ And I said, ‘Well, then put sunflowers out there.’ He says, ‘Well, it’s not that simple, it doesn’t happen like that…I’m in trouble. They’re not going to grow.’

It was about a month later and all of a sudden that morning, we pull up and the greensman comes up to me. He says, ‘It’s a miracle! It’s a miracle!’ I said, ‘What’s the miracle?’ He says, ‘The sunflowers, look at them. They’re everywhere.’

Well, for a month, we took every paint can lid, everything we could find, and we had the scenic artists paint sunflowers on them. That morning, we got up real early and we stuck them all in the ground for the greensman. And he says, ‘This is a miracle, the sunflowers, they all came to bloom overnight.’

That’s just one of the fun stories told in the Twister panel, which also included Fangmeier and ‘digital tornado designers’ Habib Zargarpour and Henry L. LaBounta. Watch the full panel video below.