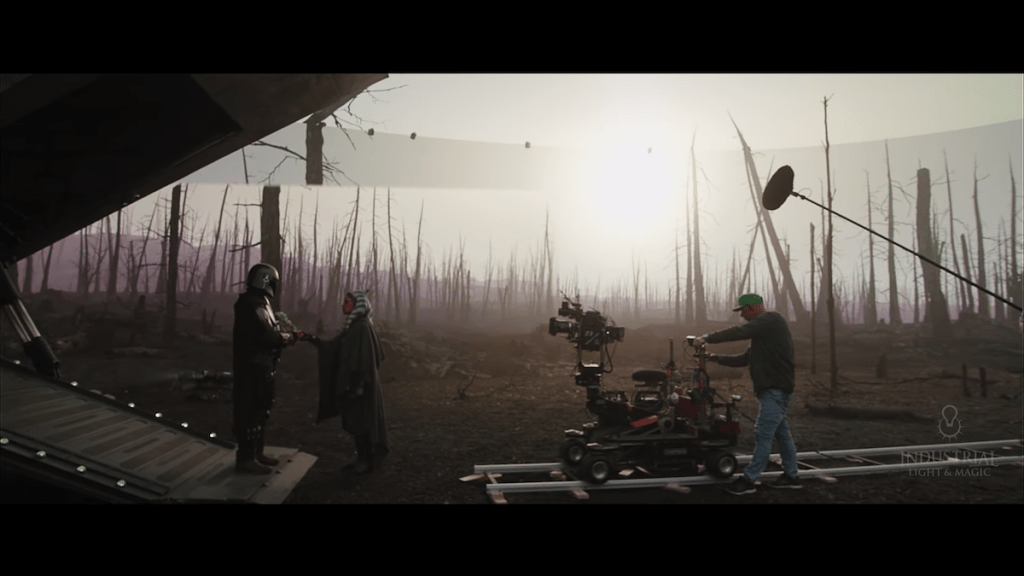 Watch this 7-minute behind the scenes featurette.

Even when you think you know which shots in season 2 of The Mandalorian may have been filmed on ILM’s LED Volume, then along comes a video like this one that shows you the extent to which the tech is now being used, and how much it has already progressed since the original incarnation on season 1.

Indeed, this video highlights StageCraft 2.0 and Helios, the real-time cinematic render engine ILM has now deployed to display content on the LED walls.

So great to see this side of the production. Watch the video below.