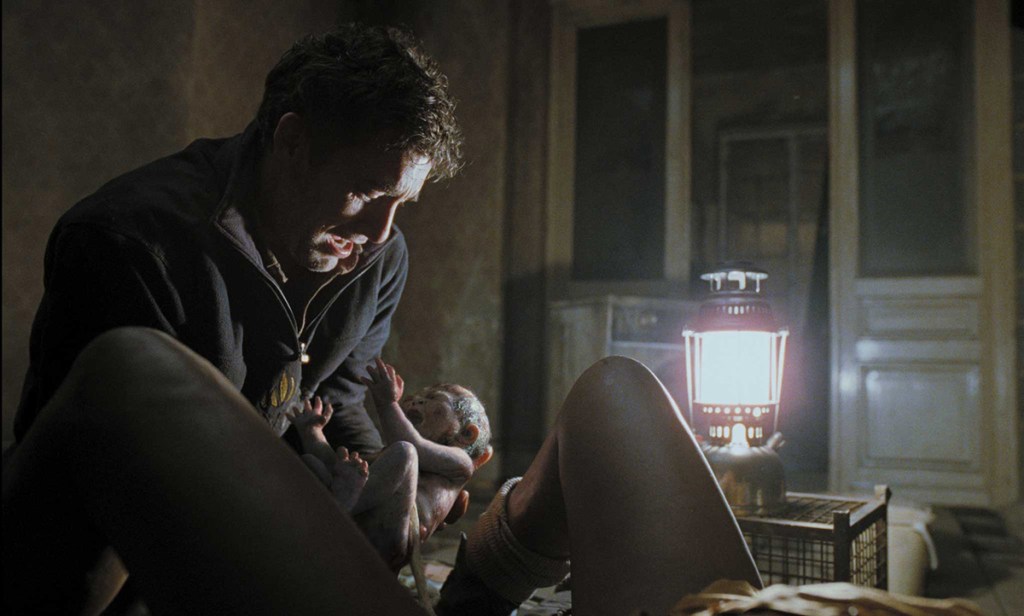 How Framestore made a baby.

Children of Men is well-known for its long tracking shots and clever use of VFX filmmaking to portray a future dystopian world. Perhaps one of the most stunning pieces of VFX in the film is the CG baby, a feat accomplished by Framestore (then, Framestore CFC).

The baby model came from the modeling and rigging department, with around 100 facial blendshapes to capture the huge range of baby expressions. The challenge, then, was to create a shader for the baby that would sell the shot as being perfectly believable. Breaking down the shading problem into its components; the team worked to build a shader that would match a slimy, dark-skinned, newborn infant. The team gathered masses of photo reference and set about authoring a shader that would match the complexity seen in the reference.

For the newborn infant, shader development became an exercise in skin shading and working with -and tuning- subsurface scattering maps. To calculate the SSS diffusion information, the Framestore team achieved excellent results with the ptfilter application shipped with RenderMan Pro Server. The addition of a blocking skeleton to the ptfilter calculations helped to attenuate light, while adding believability to the scattering. By itself, ptfilter does a single diffusion pass.

The complexity of the baby’s skin shader was realized by combining multiple layers of scattering, which take into account different skin layers (pigmentation, dermis, etc), veins, and fat layers. Much of the credit for the final look of the baby goes to the texture artists, who painted texture maps that were used as inputs to the scattering calculations.

To integrate the baby into the plates, Framestore used standard techniques to capture lighting and environment information from the live action set. An HDRI environment image was captured, using seven exposures taken with a fisheye lens and stitched together.

A general rule in visual effects is to get as much information about the live action set as possible, while shooting. This information is invaluable to the matchmoving team, and the 3d department, because it allows them to recreate the environment as accurately as possible. To this end, Framestore captured a Lidar scan of the set, giving the 3d department the ability to recreate the set at a perfect scale. With both HDRI and Lidar information captured, the team was able to combine the spatial information of the LIDAR scan with the illumination intensity of the HDRI, and therefore mapping, bright features to their corresponding physical locations on set.

This gave the lighting team the ability to accurately place emissive objects such as bounce cards and windows -in 3d space. When it came time to render, the primary shadow casting light source was the arc-light. This was rendered as a ray-traced area light, which gave very soft shadows to match the live action plate.

In the end, Framestore completed the 30 shots, with over 10 minutes of animation, in roughly 6 months.