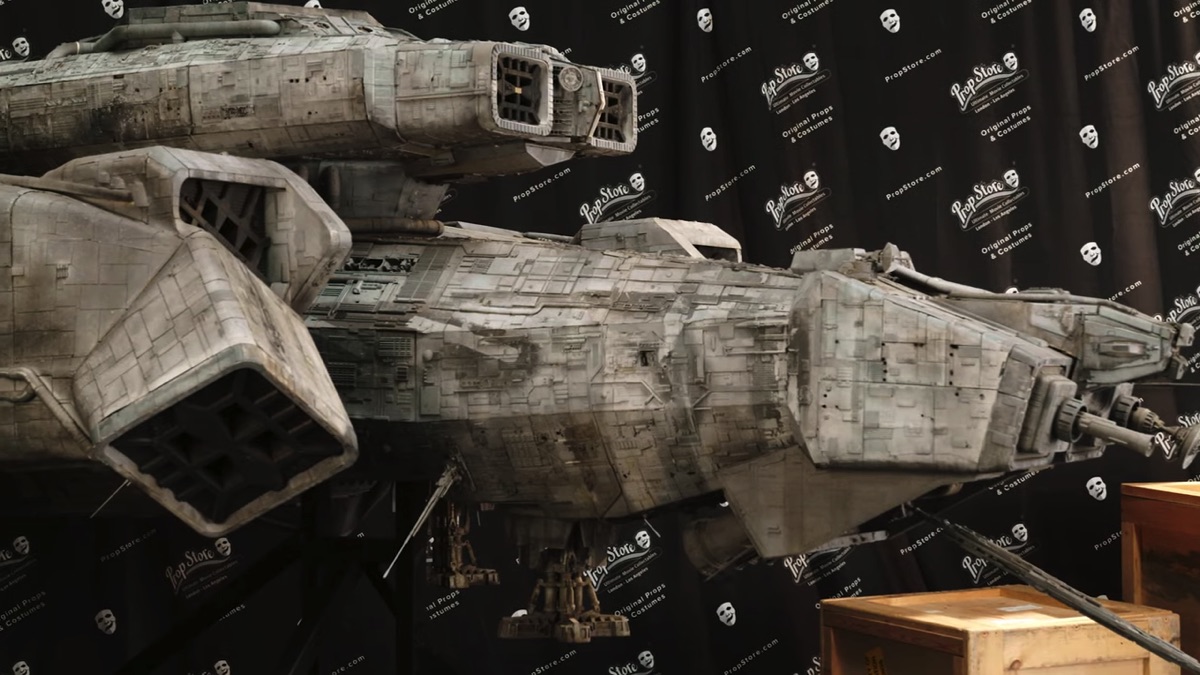 Just in time for the huge live auction later this month.

A couple of weeks ago I stumbled across Prop Store’s catalog for their Live Auction of Hollywood memorabilia happening on August 26th and 27th. In it was featured a ton of models, miniatures and VFX props that will go up for auction. And I tweeted out a whole bunch of amazing inclusions.

One of those is the Nostromo miniature from Alien, which Prop Store restored with the aid of Grant McCune Design. At the auction, the anticipated price is between $300,000 and $500,000. Wow.

Check out the new video outlining the restoration effort, below, and then another video which showcases the work of the Grant McCune Design modelmakers.