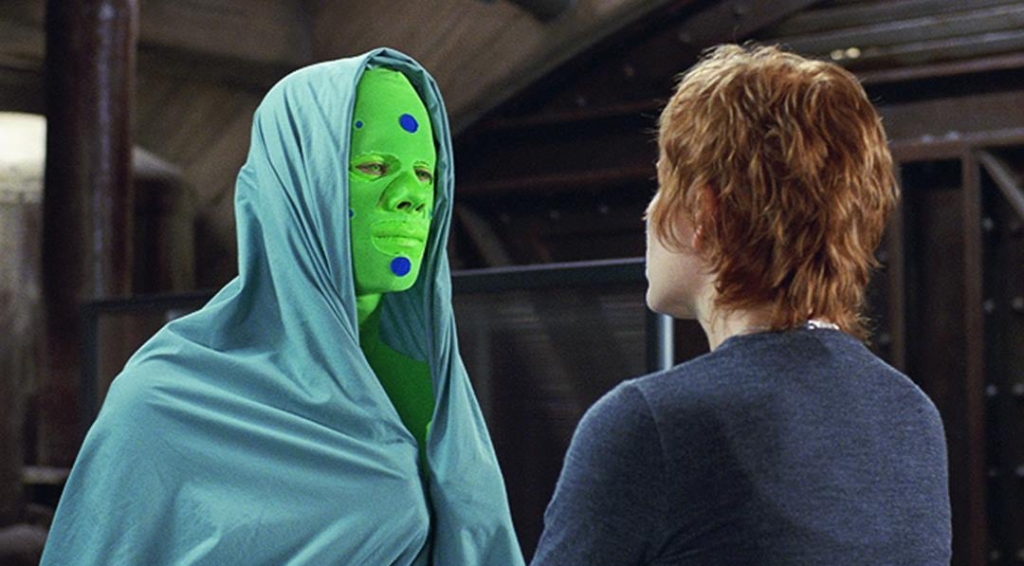 “I was on board Hollow Man for about as much time as a visual effects person can be on a film!” Scott Anderson told me when I asked him how he came on board Paul Verhoeven’s film, which is celebrating its 20th anniversary this week.

Key points:
– What went into the R&D and VFX test that helped get Hollow Man greenlit
– All the different paints Kevin Bacon was required to be painted
– How Bacon’s performance ‘made’ the character and the film

“I had actually just notified Sony Pictures Imageworks I was leaving and was going to join another film, but that weekend Doug Wick, the Hollow Man producer, called me at home, and he said Paul had just signed on to do this invisible man movie for Sony and that they wanted me to do it.”

Anderson, who had worked with Verhoeven previously on Starship Troopers, decided to do the ‘invisible man’ film — “I was hired on the Monday” — joining the project as visual effects supervisor and 2nd unit director.

He was immediately intrigued by the pitch from Wick. “Hollow Man was a nearly impossible script to make,” says Anderson. “When Doug described the project, and Paul’s take on it, I knew we were heading into new territory.”

Still, he was reminded of an unmade project called ‘D.C. Thriller’ he had encountered almost 10 years before when working at Industrial Light & Magic on Memoirs of an Invisible Man (1992).

“It turns out Hollow Man came out of that project – it was totally rewritten, but there was enough of the location and suspense in Doug’s pitch that triggered my memory.” 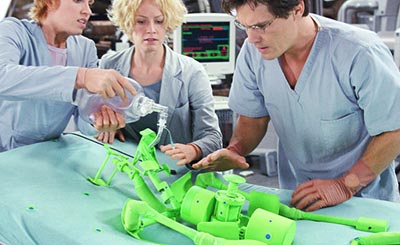 When Anderson was able to read the Hollow Man script, the ‘nearly impossible to make’ mantra again entered his mind. It was, as anyone who has seen the film now knows, going to require an anatomically-correct photoreal CG character whose inner organs are revealed in stages, plus a suite of complex invisibility gags.

“I still say that Hollow Man is one of only a couple of scripts I think I’ve read where I thought, ‘I don’t actually know today how we do this, but it seems possible.’ Terminator 2 at ILM was definitely that way, having come off The Abyss and then seeing what Jim Cameron came back to us with. You could see the trajectory but we had to invent so much. It was the same with Hollow Man. I knew the solution was there for Imageworks but I had no proof it was doable. And neither did the studio. So they said, ‘Bring us the proof.’”

What the studio wanted, of course, was a test. “They said something like, ‘We need to know in this many days if we can make this film,” Anderson recollects. “They wouldn’t greenlight it just yet, but they did give us a large amount of money to prove it was possible.” 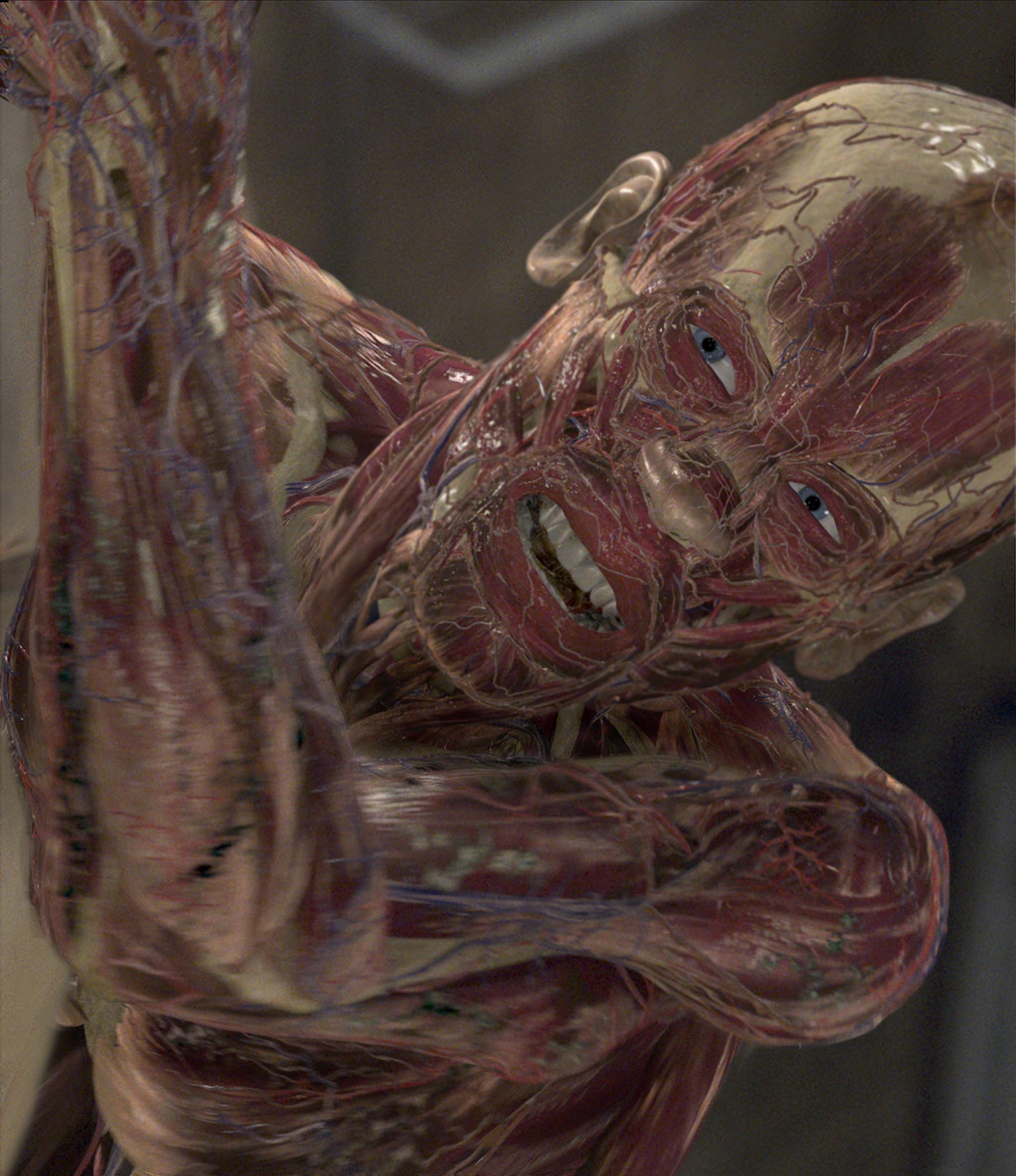 For Anderson and Imageworks, that meant embarking on a major visual effects-related research project (this was before Kevin Bacon had been cast in the lead role of Sebastian). Key artists at the VFX studio, as well as a number of outside researchers, were asked to look at some key technologies Anderson had identified that could help with the invisibility effects and the creation of the ‘hollow man’s’ internal organs.

“We knew we wanted a human performance, which made motion control hard. So one of the things we looked at was automatic clean plate creation and plate tracking,” details Anderson. “It ended up being something we couldn’t solve in time, although they are things you can do more easily now. In the end I knew I could hire trackers, roto artists and paint artists to get it done, and that we’d use much more motion control.”

The other technology was volumetric rendering for the human organs. “We did a lot of research on this, and again didn’t do as much of it as we wanted in the film, but for the organs we did some pretty cool volume rendering when the glowing edges come in. And we did another version of volume rendering that we actually got a patent for, which was the marching on the muscle fibers as that is revealed through the human body.” 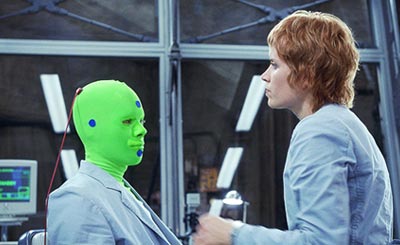 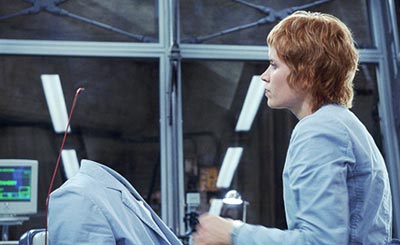 Of course, another massive technical challenge would be ‘simply’ modeling, animating and rendering a digital human, and that also became part of the testing process. Anderson would ultimately take an Imageworks team to see a human dissection — “It was amazing how many of our artists were formerly interested in medicine but didn’t they wanted to get into all that” — and work with medical experts Dr. Elizabeth Rega and Dr. Stuart Sumida on human anatomy.

The actual VFX test that officially green-lit Hollow Man, relates Anderson, featured a stand-in actor in a hospital bed going through the painful invisibility process, echoing a scene that would appear in the final film. “We put them in a green suit and we shot them getting out of the hospital bed, throwing the sheet off, stepping down on the ground and taking a little bit of a walk.”

“That was our CG motion test of the digital human, with muscles. Everyone was so blown away with that test that the studio, pending budget approval, green-lit the film. It took dozens of artists for months just to do that test.”

It wasn’t just the CG human that went through a testing process. For the times when Sebastian would be invisible and interacting with his environment or others around him, Anderson was keen to find ways to enable that interaction to happen directly on set with a live-action actor. Motion control, clean plates and isolating the actor as much as possible were the methods chosen to do so, all of which had to be tested first. 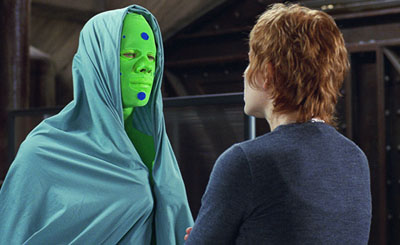 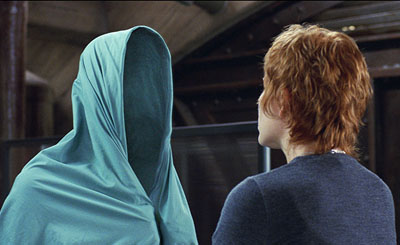 “I needed to paint a human body greenscreen green, bluescreen blue and black,” discusses Anderson. “I worked with Jonathan Erland from Composite Components and the creature and make-up effects guys at ADI to come up with make-up that fit the technical needs, didn’t kill anyone or make anyone sick. It also had to be OSHA approved.”

In some scenes, an invisible Sebastian would be completely in water (a swimming pool) or covered in falling water from fire sprinklers. This meant, the paint had to be water-tested.

“The first time we did it, the make-up literally just came sheeting off!” says Anderson. “Chlorinated water did something that wasn’t quite expected. It was a disaster. Unfortunately, somewhere along the way we overcompensated, and the next time we tested it, the guy we painted green, well, he came into work the next day really late. They told me he was up until five in the morning trying to get the green paint off. The other colors were fine, but for whatever reason, this poor green guy…” 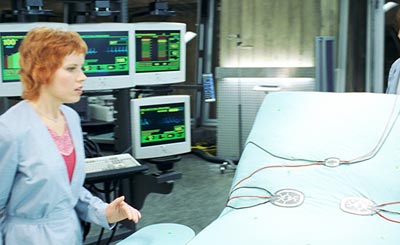 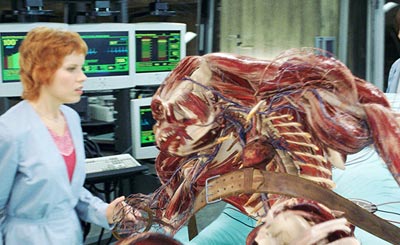 Black paint was heavily tested, too. Partly this was because Anderson remembered that a kissing scene between Chevy Chase and Daryl Hannah’s characters in Memoirs of an Invisible Man had employed black paint and resulted in the paint getting all over Hannah’s mouth. “We wanted to make sure our paint would stick, especially since we had a lot of physical interaction with so much contact. The idea of having paint that got onto everyone’s face or clothing every time there was a battle, well, we couldn’t have that.”

When Kevin Bacon was cast as Sebastian, Imageworks could continue its R&D effort into human anatomy and apply it directly to the actor. They would end up measuring, scanning and photographing Bacon to an extraordinarily high level, says Anderson. “Luckily for us, Kevin Bacon was the patron saint of that project to all of us. What I put him through, and the team put him through, was just amazing. I thank him to this day.” 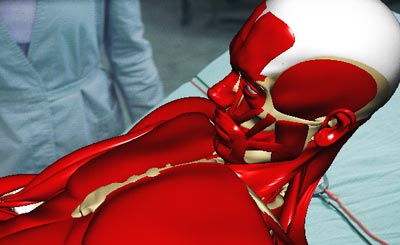 Although a CG replication of Bacon would be a key part of many scenes, Anderson and the filmmakers made a decision to utilize the actor during filming of every scene as much as possible, including in those various painted colors.

“I really think Hollow Man showed the power of an interactive, effectively ‘motion captured’ person,” suggests Anderson. “Sure, we used hand animation to capture Kevin’s performance, but what you realize when Kevin throws a pillow or Kevin grabs somebody is that he has a signature style that can never copied by 12 animators working together. It’s nothing against 12 animators, but they’re not Kevin Bacon.”

Indeed, Anderson recalls the first day on set with Bacon was the scene of him arching up in pain fighting the invisibility serum that had been injected into his body (a scene in which Imageworks would roto-mate the actor’s performance onto their CG model).

“Luckily,” adds Anderson, “my whole philosophy was that the cost and the effort of painting our actor out, was going to be quickly outweighed by having the real actor in there. I had wondered, what do we do if he throws a sheet – do I rig wires? Do I make it CG? Or do I just figure out how to get rid of him? We erred from day one on how to capture the actor’s performance as close as we could and in every action.”

Hollow Man would ultimately require hundreds of VFX artists from Imageworks to realize the CG Sebastian and the many invisibility effects, which were aided with a significant contribution from Tippett Studio. For Imageworks, the digital human research also laid down a path for further CG human work seen in such shows as the Spider-Man films, The Polar Express and Superman Returns. 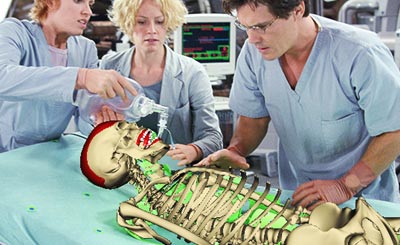 For Anderson, it had been a particularly lengthy project to work on. He’d been one of the first filmmakers brought on board, and one of the last to leave.

“I remember right at the end it was Paul, myself and Jost Vacano, the cinematographer, sitting in the lab at Deluxe doing the final grading. Deluxe finally said, ‘If we don’t make you stop now, these prints aren’t going to make it to the theaters in time!’

“With that, this momentous effort came to an end when Paul said, ‘Okay, we’re done!’”

End note: I would highly recommend checking out Walt Hyneman’s fantastic VFX reel. Walt was CG supervisor on Hollow Man at Imageworks, where he also built the anatomically correct skeletons for the generic human character rig, the Kevin Bacon rig and the gorilla rig.