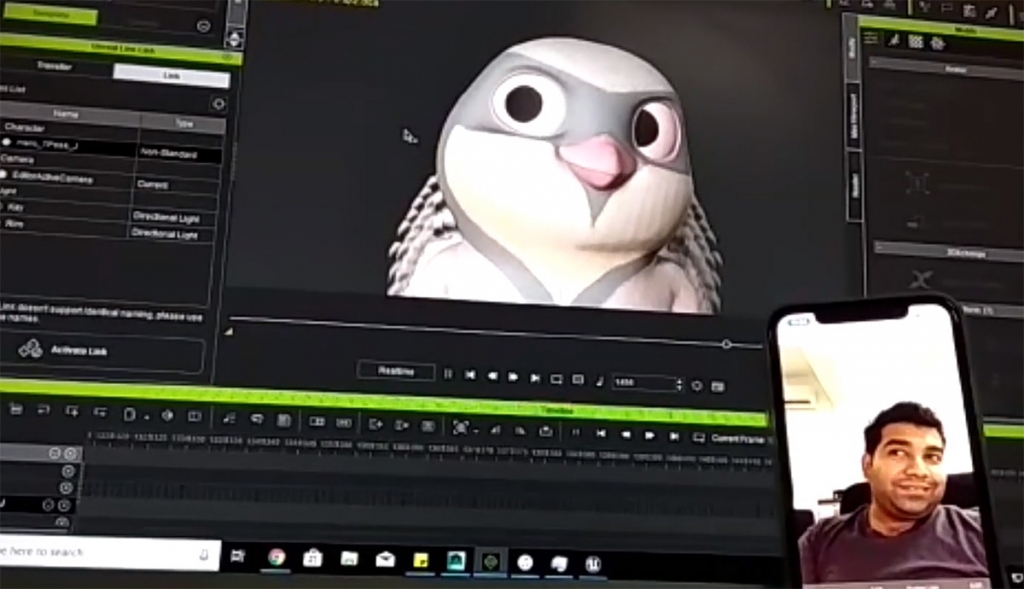 During this coronavirus crisis, many animation and visual effects studios are being called upon to work in different ways. That might mean operating remotely, or delivering different kinds of content, or doing all this with different methods.

One animation company, 3rd World Studios in Pakistan, recently had a project where it not only had to work quickly. And it also had to produce animated content using an existing asset from its film Allahyar and the Legend of Markhor.

The new content was for a COVID-19-related public service announcement for the Ministry of National Health Services in Pakistan. The character Hero from Allahyar helps promote good health practices such as washing hands and staying at home.

“With keyframing, an artist can produce anywhere from three to six seconds of finished animation per day. This setup, however, allows us to generate animation at an exponentially faster rate.” – Uzair Zaheer Khan, founder, 3rd World Studios

While the 3rd World of course already had the asset from the film. A normal animation pipeline approach may have taken too long to get these PSAs done in enough time.

Luckily, the studio had already heavily relied on Epic Games’ Unreal Engine during production. On Reallusion’s iClone Unreal Live Link to take facial motion capture and translate it to the characters to make content to promote the film. It was something they came to rely on again for the PSA.

Check out the video below which breaks down how 3rd World Studios has been using iClone. And how it made the PSA possible. Then read more for a behind the scenes. Look at the process with Allahyar and the Legend of Markhor director and 3rd World Studios founder Uzair Zaheer Khan.

The making of Allahyar and the Legend of Markhor

Allahyar was released in 2018. The CG animated film is set in the pristine norther region of Hunza in Pakistan and tells the story of the relationship between a boy and some unique animals.

With the naturalistic setting, 3rd World Studios needed to build vast outdoor digital sets. But, says Khan, “being a small studio, we wanted to visually scale up our film to best suit the story, while keeping the costs down.”

For this, the studio embraced Unreal Engine, especially relying on the built-in terrain sculpting and real-time lighting tools during production.

Then, as part of the promotion of the film in 2017, 3rd World produced a six-part animated campaign called the ‘Auditions BTS’ featuring the Hero character talking on a small stage.

“It became quite popular locally,” says Khan. “Due to our limited bandwidth, we started looking into ways of enhancing the quality and the turnaround time for such clips.

“We started researching one-stop options that could quickly give us full body and facial animation from motion capture. And also have compatibility with reliable motion capture solutions. iClone gave us excellent results and had added benefits like the iClone Unreal Live Link. Which worked beautifully with our film’s existing production pipeline based on Unreal Engine.”

Having established a workflow for animating with iClone – that is, using fast motion capture to drive the animated character – 3rd World Studios relied on this directly for the Pakistan Health Ministry PSA.

“iClone sits at the center of this new pipeline, as everything connects through it,” explains Khan. “We used Xsens Awinda, a wireless, full body capture solution, along with Manus VR gloves for capturing hands. Facial animation was captured using iClone LIVE FACE app at run time, as well as the audio (for the dialogue) for the PSA. iClone Unreal Live Link was used to pre-visualize and capture the final renders in Unreal Engine 4.”

The solution was preferred over-relying on keyframe animation. Because, as Khan notes, “with keyframing, an artist can produce anywhere from three to six seconds of finished animation per day, depending on quality, style and complexity. This setup, however, allows us to generate relatively decent animation. A solid base at an exponentially faster rate, as was in the case of the PSA, which was about 45 seconds in duration.”

Ultimately, it took 3rd World Studios approximately three to four hours to produce the entire PSA using this workflow. Including post production, with around six people involved. The studio intends to continue following the iClone workflow for an animated series it is currently delivering.

“We’re very happy with the outcome and excited about the future, as this pipeline will allow us to produce better and better content, faster than ever,” says Khan.

To find out more about iClone Unreal Live Link, head to the website.

Sponsored by Reallusion:
This is a sponsored article and part of the befores & afters VFX Insight series. If you’d like to promote your VFX/animation/CG tech or service, you can find out more about the VFX Insight series right here.