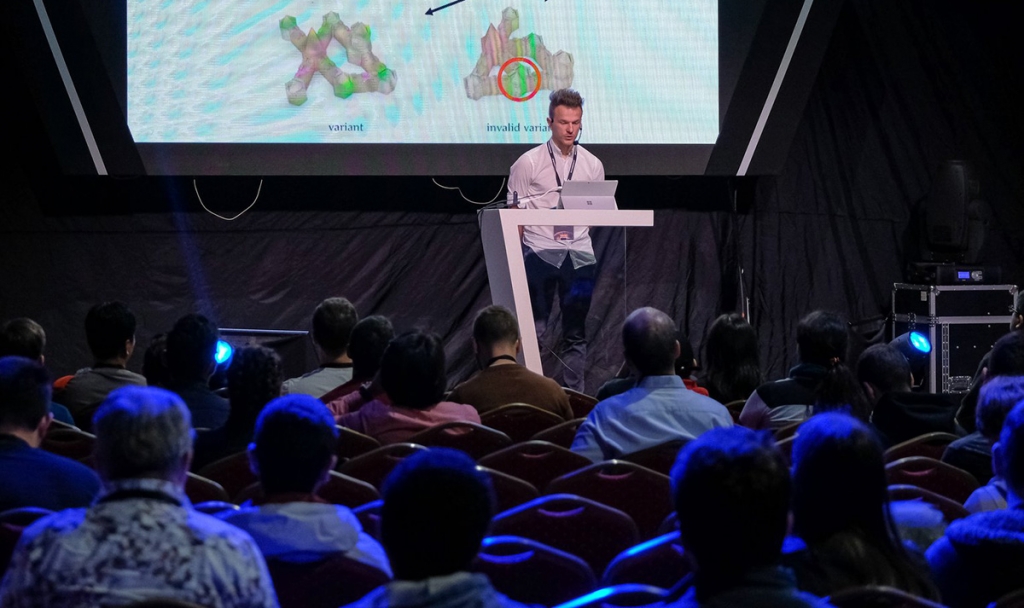 Weta Digital’s Javor Kalojanov on being part of rendering research at the top-tier studio.

Weta Digital is well-known for investing significant resources into visual effects R&D. One outcome of this investment was the development of its own physically-based renderer called Manuka.

As part of this special VFX jobs series at befores & afters, we spoke to one of the Manuka rendering researchers, Javor Kalojanov, about becoming part of that team at Weta Digital.

b&a: When did you start at Weta Digital?

b&a: What had you been doing for the couple of years leading up to that?

Javor Kalojanov: Exactly two years before that I did a post doc at RWTH Aachen University in Germany, where I was doing research for geometry synthesis and shape analysis. It’s interesting because that’s not actually what I’m doing now at Weta Digital with the Manuka rendering team.

b&a: You switched areas, was that easy to do?

Javor Kalojanov: Well, in my case it was switching back. So I started with ray tracing and global illumination during my master’s studies and the first part of my PhD in Saarbrücken in Germany. And then I started to look into geometry related problems. So I did my PhD on geometry and then a post doc.

But in the meantime I did an internship at Weta Digital, where I basically caught up with the rendering research up to that point. And I took advantage of the hopefully good impression that I left to get a position in the rendering team.

b&a: How was that moving from Germany to New Zealand? How did you find that move?

Javor Kalojanov: It was a big move. Previously I’d just moved from one place to another in Germany. So it was logistically a tricky thing, but I was also very excited to start at Weta Digital.

b&a: I realize you probably can’t talk about anything you’re working on specifically, but what can you say about the research and rendering team in general?

Javor Kalojanov: Mark Droske is the head of rendering research. We are about 10 to 15 people. This changes, fluctuates because we have interns from time to time. The people there are the reason I wanted to come back to Weta. I really enjoyed working with them during my internship – each and every one of them is so great.

b&a: What is like being inside a visual effects studio? Is that exciting to see some of the output being featured in these big films?

Javor Kalojanov: Yes, you get to work on actual movies and you work on actual shots. And knowing that people are going to see this is also exciting. You realize how much effort goes into a single shot or a single frame. This was something that blew me away the first time, and even the second time at Weta Digital, even though I was prepared for it! I am always stunned at how complex or how good and believable the results are.

I talked to Javor at Chaos Group’s Total Chaos event in Bulgaria. The feature image is also courtesy of Chaos Group.

This week at befores & afters is #myvfxjob week, looking at a range of different VFX jobs that are out there.