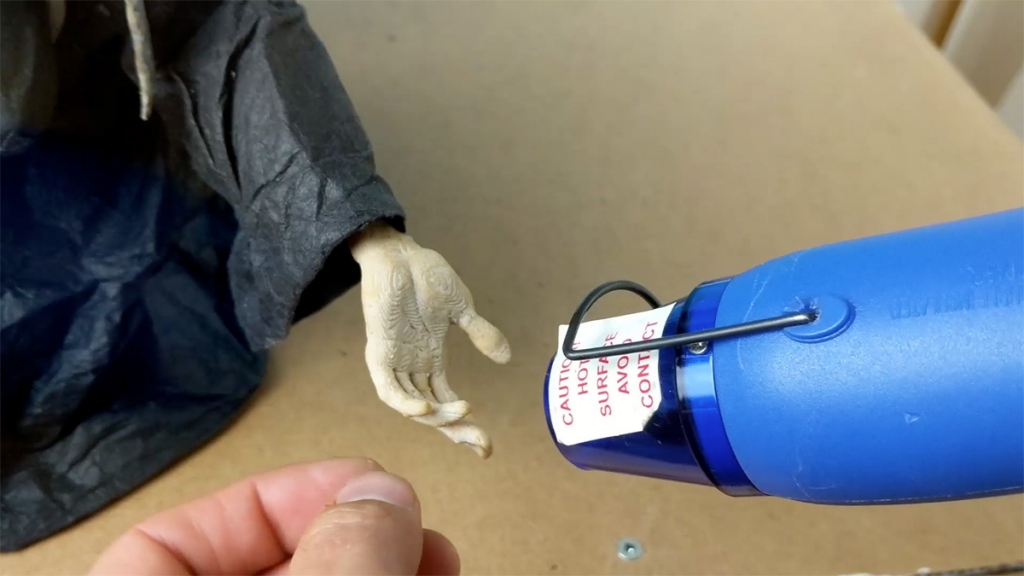 Behind the scenes of the stop-motion short, ‘Bone Mother’.

This week at befores & afters is #gettingshotsdone week, and sometimes you have to find innovative ways to simply get shots out the door.

To help complete their 3D printed stop-motion film, Bone Mother, for example, filmmakers Dale Hayward and Sylvie Trouvé had to come up with an innovative solution for dealing with their characters’ 3D printed hands.

The film, funded by The National Film Board of Canada, and made in association with Hayward and Trouvé’s See Creature Productions, tells the story of a youth who dares to enter Baba Yaga’s living house of bones.

For extra facial range of the stop-motion characters, the filmmakers explored 3D printing of multiple face shapes. The faces ended up with a wood filament look, and it was determined this was also required also for body parts, including the hands.

The thing was, the 3D printed hands in that filament were hard and stiff, which made it tricky to animate them in the normal way that hands should move, since the fingers also had wires inside.

So, how to get the shot done? It was realized that if the plastic filaments for the 3D printing were originally melted with heat, then they could be softened once again, and made to be more easily and intricately animated.

A heat-gun was therefore used to heat up the hands, as demonstrated in the video above from See Creature, allowing the animators to pose the fingers as desired. The material cooled again very quickly enabling the process to continue, and the shots to be done.

I strongly recommend you check out the full film above, and explore the official Instagram page for a ton of behind the scenes images. There’s also a great making-of below. Hayward presented the production of the film at a SIGGRAPH 2019 session, too, entitled ‘Bone Mother: The challenges of making an indie 3d printed film’ (I don’t think I’ve ever seen an audience get so excited about seeing a real stop-motion puppet and getting their hands on actual 3D printed replacement heads – it was wild).